Can you believe it’s June already? Well, millions of Apple fans around the world are embracing the new month, because in one week’s time June 9th will roll around. What’s so special about June 9th? Well, if you have been living in a cave (or you’re not an obsessed Apple fanboy), that is the day of Apple Worldwide Developer’s Conference (WWDC), which new products will be announced.

In this case it will be the next generation 3G iPhone, the cellphone that has taken the world by storm. It’s hard to believe that in one year Apple’s introduction of a touchscreen internet and multimedia device has made so much impact on the mobile industry. Keep in mind this was Apple’s first attempt at creating a cellphone and it brought immediate success.

So what has the iPhone done to other cellphone companies? For starters it has made them kick their designers and engineers in the butts to create the so called “iPhone Killer”, but nothing has materialized to dismount Steve Jobs and his iPhone from the pedestal. Let’s quickly review a few potential “iPhone Killers” today and compare their features to what the 3G iPhone will hold (we’ll find out in a week’s time). 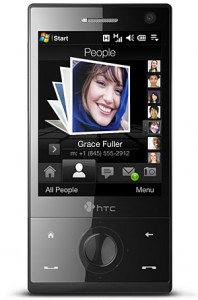 Samsung Glyde: cheaper than the iPhone, GPS, faster web connection, ability to record videos–BUT has clunky software, touchscreen issues, and short battery life (as per the review by Grace Aquini from PC World).

LG Vu: Simple and fun to use, but browser is inferior to the iPhone. Has mobile TV programming and AT&T’s video share (not in Canada I might add). This was also reviewed by Acquino.

Some fresh 3G iPhone rumors have surfaced, courtesy of Mr. Digg himself, Kevin Rose. He has boldy stated in the past of a front facing camera on the next iPhone, along with a June release date. Now he is predicting that the 3G iPhone will be selling next week plus–get ready–a low end iPhone for $200! Who knows if Kevin is right or not, but he also urges everyone to pick up Apple stock. We’ll have to wait to find out more!

Also, according to an anonymous source with close ties to Rogers, the iPhone is stated for a soft launch in July, with no specific date announced. No training materials have emerged for Rogers employees, so things can change in a jiffy. Apple is pretty good at ensuring companies stay tight lipped about their new product launches. All I have to say is be prepared for the big day to come–mark your calendars for June 9th!