3nm chip technology is expected to be the next big evolution for Apple hardware, and according to a new report, it’s scheduled to debut in iPhones and Macs starting in 2023. 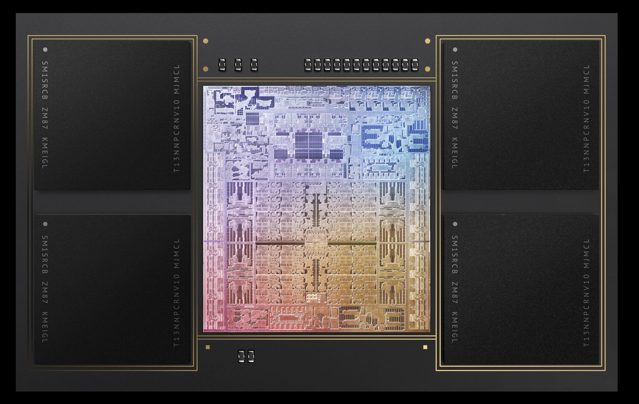 The Information report that Apple and chip supplier TSMC are expected to begin production of 3nm chips for use in iPhones and Macs in 2023. For the Mac chips, specifically, the report says Apple is working on three distinct versions with codenames “Ibiza,” “Lobos,” and “Palma.”

These 3nm Mac chips are supposedly capable of up to 40 CPU cores — a massive upgrade over the 10-core design used for M1 Pro and M1 Max. The report explains:

Apple’s plans for its future Mac processors suggest those new chips are likely to easily outperform Intel’s future processors for consumer PCs, previously unreported details about Apple’s road map show. Apple has already begun working on the next two generations of Mac chips, which are expected to succeed the M1—the first Mac processor Apple-designed in-house as it began to move away from Intel, according to three people with direct knowledge of the plans.

The 3nm chips are expected to arrive at some point in 2023, explains the report, with next year’s offerings being upgraded versions of the 5nm design found in the A15 and M1-series chips. Larger Macs could feature two dies over the current one-die setup for better performance, but smaller devices like iPhones and iPads will likely see very modest gains.

While the excellent M1 chip launched last year in the MacBook Air, 13-inch MacBook Pro and Mac mini gave us some insight into what to expect from the 14-inch and 16-inch MacBook Pros, Apple this year exceeded expectations with the M1 Pro and M1 Max.