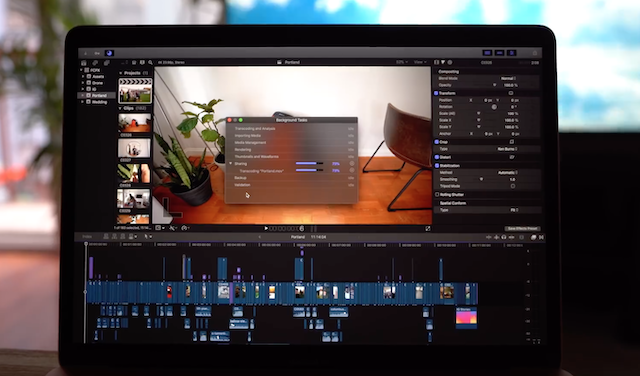 Today, YouTuber Kraid Adams has confirmed that the new MacBook Air is fully capable of editing 4K video footage as well. He has been able to edit 4K video at his own speed without any hiccups or dropped frames on his new notebook. He did, however, notice slightly slower exporting on the MacBook Air as compared to the MacBook Pro.

“I was just overall impressed with the quality for sure. I could absolutely 100% shoot and edit everything I create as a YouTuber with this MacBook Air.”

Elon Musk has been granted a stay in his pending trial against Twitter over his proposed acquisition of the social media company as the two sides continue talks to close the deal on its original terms — reports The Verge. Musk originally offered to buy Twitter for a whopping $44 billion USD back in April....
Nehal Malik
1 hour ago

Nintendo has revealed that Pilotwings 64 will be making its debut on Nintendo Switch Online + Expansion Pack later this month. On October 13th, players can take to the sky in this flight simulator title. After mysteriously not releasing a title in September, Nintendo seemingly returns to adding a new monthly game to its Nintendo...
Steve Vegvari
5 hours ago