Earlier this month the first images surfaced of what appeared to be the rear shell for the larger 5.5-inch iPhone 6. The images were grainy and weren’t exactly a close-up view, but now a new leak shows a much higher quality image of Apple’s 5.5-inch iPhone 6, as posted by Nowhereelse.fr: 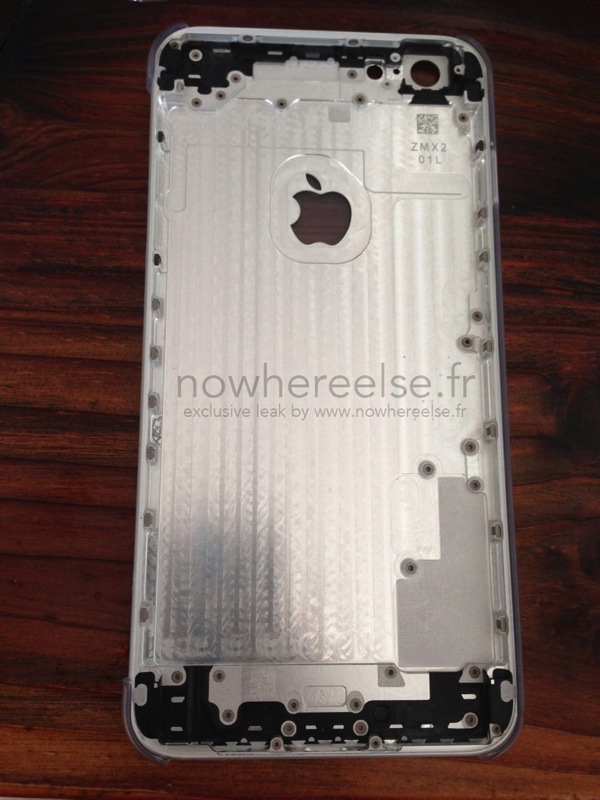 For reference, an image was also posted comparing this 5.5-inch iPhone 6 rear shell to the 4.7-inch model and that of the iPhone 5s: 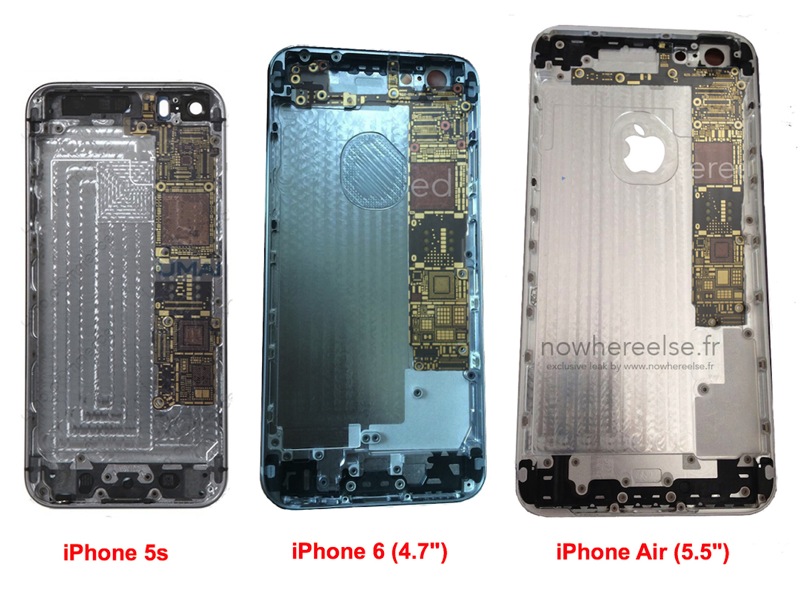 Earlier today the site also shared images of what appeared to be the iPhone 6 rear shell, along with images of the A8 processor and cover glass. Meanwhile, a similar logic board today revealed the iPhone 6 would indeed support NFC and also the A8 chip.

Apple will announce two new iPhone 6 models at a media on September 9, along with the debut of a wearable device, which won’t ship until early 2015.