A Look At The Most Popular Music On Beats 1 Radio

Beats 1 radio has been arguably the best feature to come out of Apple’s array of streaming music services. With its fabulous lineup of rotating DJs and artist radio shows, Beats 1 has become a great place to discover new music.

To identify Beats 1’s true taste in music, a new study analyzed data on more than 12,000 songs played on the station from early July to early August. After crunching the numbers, they found that new songs on Beats 1 are scarce, when compared to other radio stations.

More than 3,300 tracks have been played on Beats 1, with the average song getting repeated 3.7 times. Here are the top 20 artists on Beats 1, according to the study by Quartz: 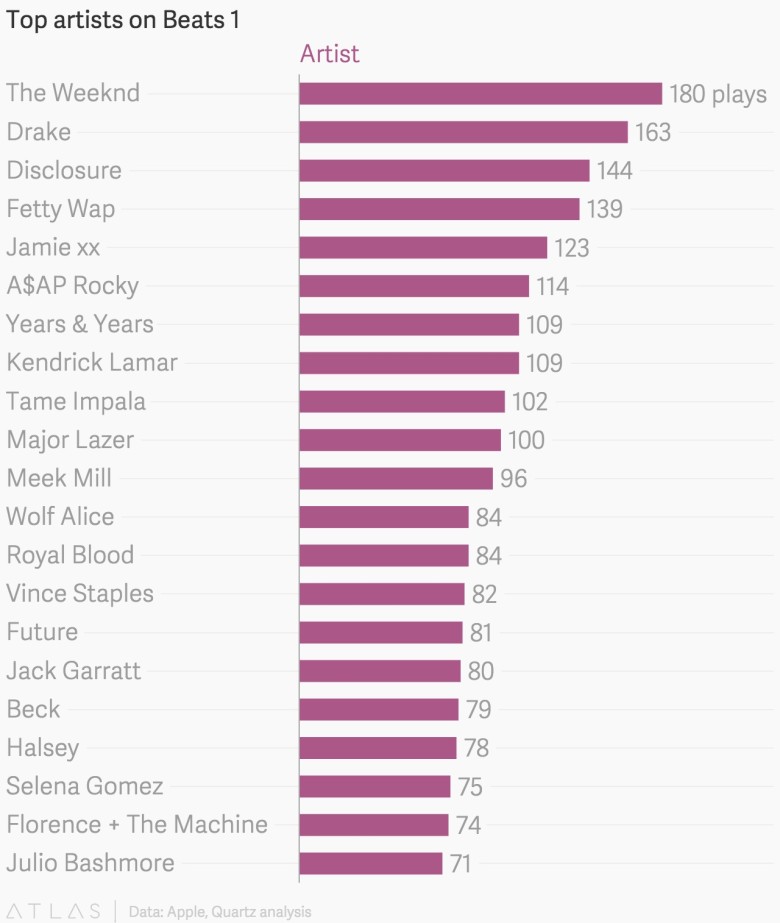 The report notes that The Weeknd has been the station’s favourite artist, thanks to their hit song “Can’t Feel My Face,” which has been played 107 times since the station launched.

As far as genres go, Beats 1 definitely prefers hip-hop, with 1,726 plays. The second most popular genre was alternative with 1,506 plays, and electronic came in third with 802 plays.

Apple has insisted that Beats 1 features songs from all over the world, however, the data shows that nearly every song is in English and is produced by artists from Canada, the United States, or the United Kingdom.

Apple Music has gotten off to a strong start, with more than 11 million people signing up for the three-month free trial.