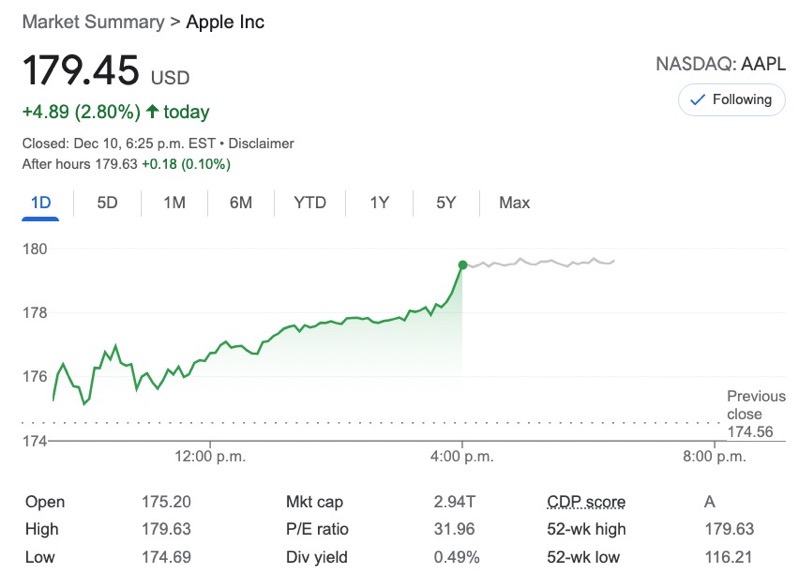 Apple’s stock price continues to hit new all-time highs, as Friday trading saw it touch $179.63 per share near the close, before closing at $179.45.

The iPhone maker’s market cap now sits at $2.94 trillion, and is close to surpassing $3 trillion in valuation; this will happen when AAPL shares hit a price of $182.85, according to Yahoo! Finance.

Apple is seeing strong performance from iPhone 12 lineup sales and also high demand for iPhone 13 sales. Wall Street believes Apple’s rumoured moves into the AR/VR headset space, plus the long term possibility of an autonomous vehicle, has resulted in a recent surge in the company’s stock price.

Apple is reportedly scrapping its initial plans to increase iPhone production this year due to lower-than-expected demand. Following the launch of its new flagship, the iPhone 14 series, Apple is now reconsidering the scaling of its production. As reported by Bloomberg, Apple has reached out to its supply chain partners. Initially, the Cupertino company is...
Steve Vegvari
43 mins ago