Apple is the Most Underweight Stock for Fund Managers, Says UBS

In a research note published this week, investment bank UBS has claimed that despite ‘buy’ ratings from analysts, fund managers around the globe hold the lowest percentage of Apple stock in their portfolio when compared to Apple’s overall weighting in indexes, Business Insider reports. For those who don’t know, investors usually underweight a particular stock when they expect it to underperform the market. 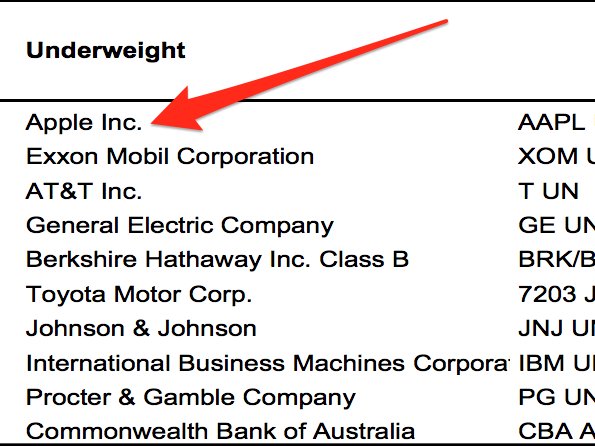 So for example, if the stock is overweight and Apple is 5% but the fund manager has say, 10% of his portfolio made up of Apple stock, then the fund manager thinks that company will do better than the wider market. As noted by UBS, Apple comes out as the most underweight, when a lot of analysts are rating the stock positively, expecting it to outperform.

Being underweight Apple stock hurt funds’ performances in 2014, according to Morningstar. And billionaire activist Carl Icahn said last year that “mutual funds will increasingly realise that being underweight shares of Apple will hurt their performance as the technology giant continues to innovate.”

Here are some current analyst stock ratings and their 12-month price targets:

The research also notes that Amazon is the most overweight stock in the portfolios of fund managers globally.