Earlier this month, a number of Adobe Premiere Pro CC users reported that the app suddenly caused loud, distorted audio to play through their MacBook Pro speakers, causing permanent damage. Today, Adobe has rolled out an update for Premiere Pro via the Creative Cloud app which is said to resolve that issue (via MacRumors). 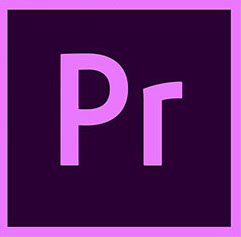 Adobe officially acknowledged the issue on Tuesday on its community support forum that it was “aware of the issue” and “was working on a solution that will help users mitigate risk”.

Now, the company says it has fixed the audio bug that resulted in blown-out MacBook Pro speakers for some users in version 13.0.3 update that has been released today:

UPDATE: Adobe had a small number of user reports about an issue in Premiere Pro that could affect the speakers in the latest MacBook Pro. Adobe has released a patch via the Creative Cloud app to help address this issue. Please update to 13.0.3.

Although Adobe is strongly urging users to update the Premiere Pro app to its latest version, there’s no word on how affected Mac users might be recompensed following damage to their notebooks.