This Airbnb initiative is the latest in a series of measures to promote responsible behavior and enforce the company’s anti-party stance.

In Ontario alone, over 5,000 people were deterred by Airbnb’s various anti-party defences from booking entire home listings over Halloween 2021, including over 2,200 in Toronto.

As part of the collaboration, Minut noise alerts have been integrated with Airbnb’s messaging tool, with the aim of helping Hosts and guests resolve potential noise concerns between them faster and more seamlessly via on-platform messaging. 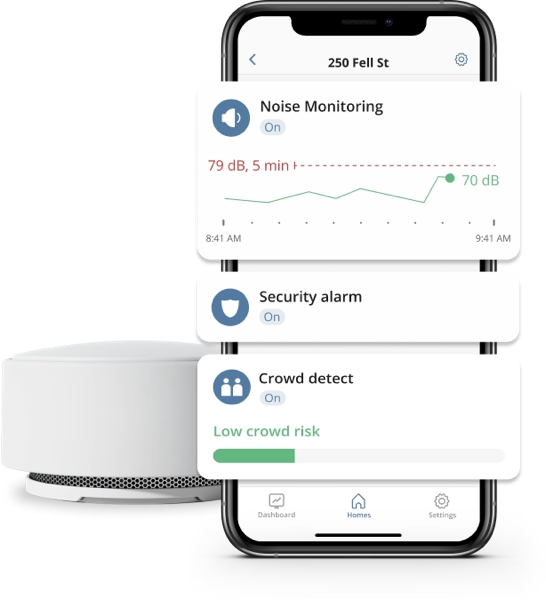 “Stays take place across the world each night on Airbnb, with the vast majority being respectful of Hosts’ homes and neighborhoods and sharing the benefits of tourism with local communities, said Catherine Powell, Global Head of Hosting at Airbnb.”

Minut’s noise sensor technology is privacy safe as it only monitors decibel levels and doesn’t record sound or conversation.

Hosts in eligible regions can visit the Minut store to get the noise sensor and subscription offer, and find out more about the technology and integration in Minut’s Help Center.