AirPods 3 vs AirPods 2: What’s the Difference? 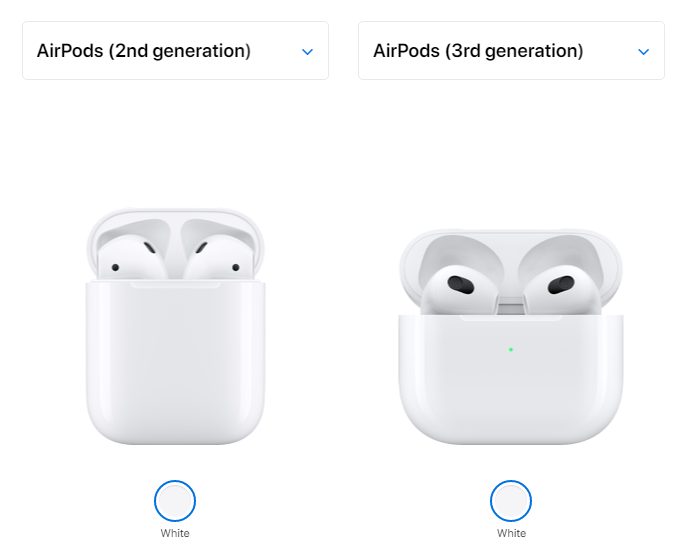 Apple has launched the 3rd generation AirPods for $239 CAD, whereas the AirPods 2 with regular charging case saw a price drop to $179 CAD.

Canadian pricing for the AirPods 3 is $239 CAD, and they’re already available to order from Apple.ca and the Apple Store app. Deliveries are slated to go out next week, and in-store availability begins Tuesday, October 26.

Both the third-generation AirPods and their predecessor come with Apple’s H1 headphone chip under the hood, but a new Apple-designed acoustic system in the AirPods 3 takes the H1 chip’s performance to the next level.

The new AirPods are fitted with a new custom-built high-excursion audio driver, as well as a new high dynamic range amplifier.

The charging case for the AirPods 3 adopts a more rectangular design (reminiscent of the AirPods Pro case) as opposed to the more squared-off case we saw with the previous generation. The difference in weight between the two cases is negligible.

The new MagSafe charging case is good for an extra four full charges, bringing the third-generation AirPods’ total to up to 30 hours of listening time or up to 20 hours of talk time with the charging case included.

Again, Apple is making customers make a decision on which AirPods to buy. If you don’t care about ANC that come with pricier AirPods Pro, AirPods 3 seem like a good choice to get with its new design and audio upgrades.

Apple today announced its fiscal Q1 2023 financial results for the period that ended December 24, 2022, recording a new all-time high for the quarter. The iPhone maker reported $117.2 billion USD in revenue for the first fiscal quarter of the year, down 5% year-over-year, with earnings per diluted share of $1.88. Apple reported a net...
Nehal Malik
39 mins ago