Apple’s AirPods are still hard to find, as the moment stock hits Apple Stores, they sell out. Currently, all Apple Stores are sold out of AirPods, according to tracker iStockNow.

But you can get AirPods still, as Best Buy is showing them as in-stock online, with “limited quantities available.” 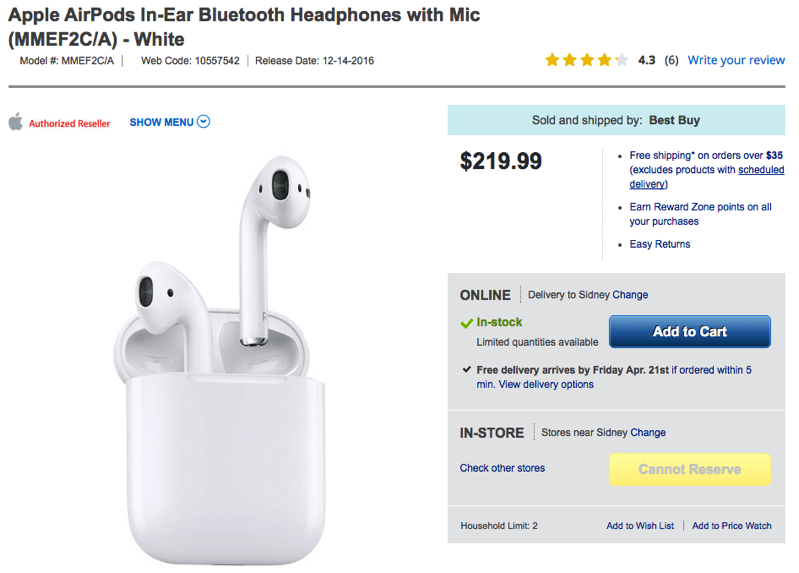 The last time we posted about AirPods in stock at Best Buy, they were “on sale” for $30 off, but people were unable to add them to cart. Not this time:

If you’re still looking to get a set of AirPods, hit up Best Buy online here. Let us know if you end up nabbing a pair (although the PSP deal from The Source is a better price).