We have no idea when Apple’s new wireless AirPods will launch, as after the company delayed their planned October release, the product is just listed as “currently unavailable” on the company’s website.

But if news from German Apple reseller Conrad is to be believed, we could see AirPods launch next week, reports Apfelpage.de. Google Translation of a reader’s conversation with an employee from the store claims stock will arrive on November 17, to prepare for sales to launch on November 18-19:

Hello, I have just talked with an employee of the Conrad Online Store, since I am there on 14.10 the AirPods ordered and I wanted to cancel today. According to information from the employee, they have stockpiles from 17.11, I will then have them between 18-19. November.

There may be a sign this reseller is onto something. Last night, Apple’s website listing for iPhone added “Coming soon” for the AirPods section down below; earlier this week it was not there: 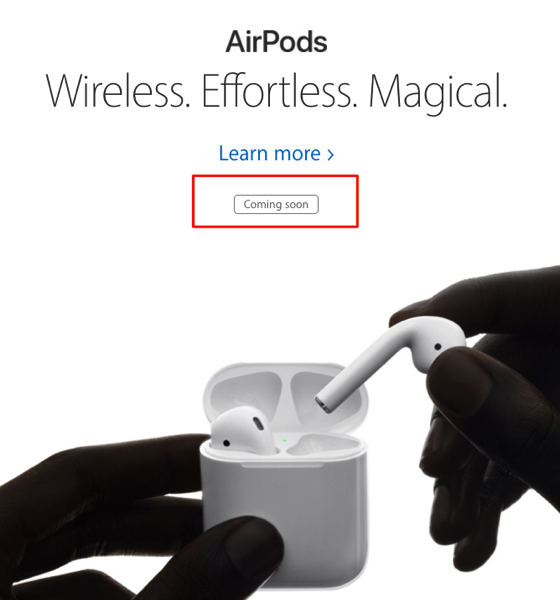 The AirPods site has long had ‘coming soon’ noted, but the fact more sections of Apple’s site are adding this, it could be a sign.

AirPods will cost $219 CAD in Canada and many believe they will be hot sellers this holiday season. They didn’t make the cut for Apple’s Holiday Gift Guide which was released this morning, but if they do launch next week, you can bet they’ll be front and centre.

The folks over at YouTube channel TechRax decided to blend Apple’s latest flagship iPhone 14 Pro in a durability experiment and see what happens. Earlier this week, the same folks tried to give the iPhone 14 Pro a facelift by sawing off the rear camera bump. The camera island on the back of this year’s iPhone 14...
Usman Qureshi
31 mins ago

Amazon has just offered a sneak peek at all of the games Prime Gaming subscribers will be able to access for free starting Saturday, October 1st. Prime Gaming is Amazon Prime's home for gamers. Benefits include in-game loot, free games every month, a free monthly channel subscription on Twitch, as well as all the benefits...
Usman Qureshi
41 mins ago