AirPods Release Date “Currently Unavailable”: When Will They Launch?

On the eve of Apple’s Mac event, the company dropped a bombshell: the highly anticipated AirPods would be delayed, not making their original “late October” launch date.

Apple said in a statement “The early response to AirPods has been incredible. We don’t believe in shipping a product before it’s ready, and we need a little more time before AirPods are ready for our customers.”

As expected, Apple has updated the AirPods page on their website to note the availability is just “currently unavailable.” 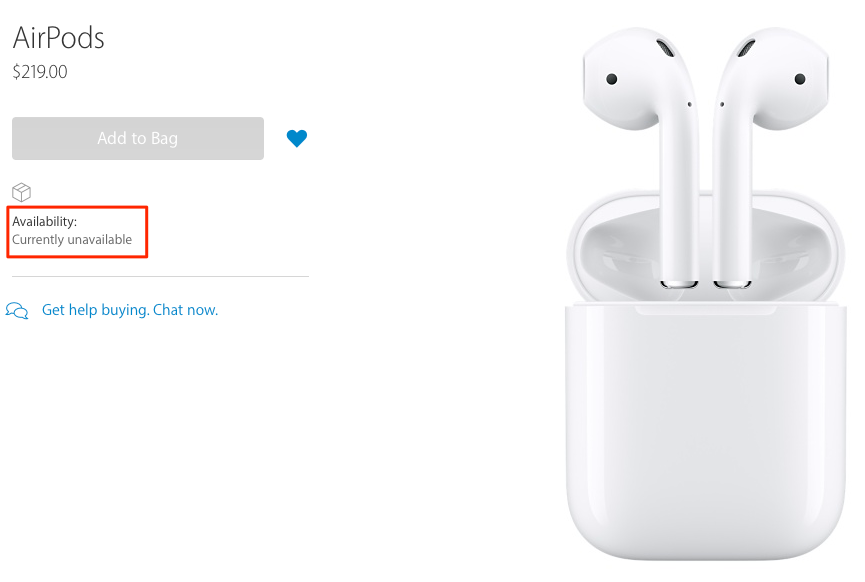 I’m currently using a Jet Black iPhone 7 Plus and I feel the lack of AirPods has taken away from the experience, in certain situations. For example, if I want to charge my iPhone while in bed and listen with headphones–I can’t. I need Bluetooth headphones or an adapter to do both. Which is why I told you guys the other day I’m “slumming” it with an iPhone 6 Plus as an iPod touch at night.

So when will the AirPods—which will cost $219 CAD—ship? Your guess is as good as mine. But one thing is certain, Apple will definitely want to have these out soon, in order to allow holiday shoppers to jump on them.

When do you think AirPods will launch? The first week of November?

PS – Click here to enter to win a free set of AirPods from our Deals Store.