If you’re still trying to order Apple’s AirPods, shipping times have improved on Apple.ca (via MacRumors) to 4 weeks, instead of the previous 6 week window, which came into effect back in December, shortly after the wireless headphones launched. 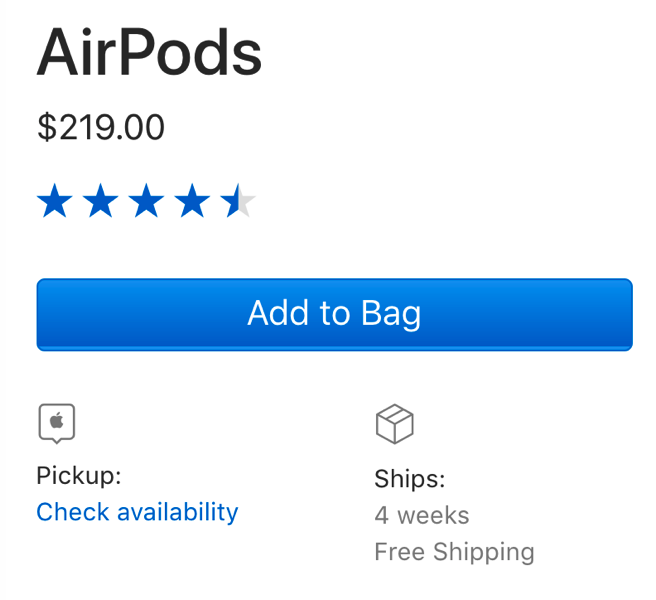 The fastest way to find a pair of AirPods? Check out this post on how to track stock in real-time, while you can read our review of these awesome headphones here.

As of writing, AirPods are in stock right now at Apple Southgate in Edmonton, Apple Conestoga in Waterloo, Apple Bayshore in Ottawa and Apple Halifax Shopping Center in Halifax, according to iStockNow.