Panasonic has developed a vacuum for retrieving dropped AirPods from train tracks. 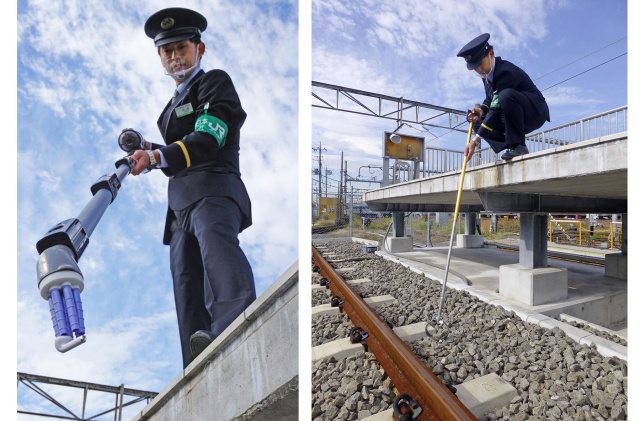 Initially reported on by Yahoo Japan (via Engadget), the cordless vacuum is specifically designed to retrieve AirPods and other fiddly wireless earbuds from hard-to-reach places.

In Japan, JR East rail group had around 950 cases of dropped earphones at 78 train stations in the Tokyo area in a three month period. Dropped earphones make up one-quarter of all dropped item complaints.

According to the report, fallen items are usually collected by railway officials using a “grabber” tool, which struggles to pick up such small items, particularly when lost in the gravel beneath the train tracks. However, due to the difficulty in retrieving the small audio devices, JR East and Panasonic developed a vacuum designed specifically for the task.

Engadget explains that the Panasonic vacuum gets around that by using “finger-sized tubes that can suction the buds out of tight spots, then hold them in place without sucking them into the vacuum body.”

The problem isn’t limited to Japan, either, as a New York MTA worker said it’s a frequent occurrence in the subway. “It happens all the time,” the worker said. “Just last week I had to stop a man from going down [to] the tracks to get it.”

Back in September, Pluto TV announced it would be launching in Canada in December and as of today, the free ad-supported streaming TV service is now live. This new Free Ad-Supported Streaming Television (FAST) service is from Paramount Global, with Corus Entertainment Inc. as its Canadian partner. Pluto TV says it is the world’s leading […]
Gary Ng
49 mins ago