As pointed out by a keen-eyed user on Twitter, Apple has provided a direct reference to its highly anticipated AirPower Wireless Charging Mat in the product description of its newly released iPhone XS Smart Battery Case in Malaysia (via MacRumors). 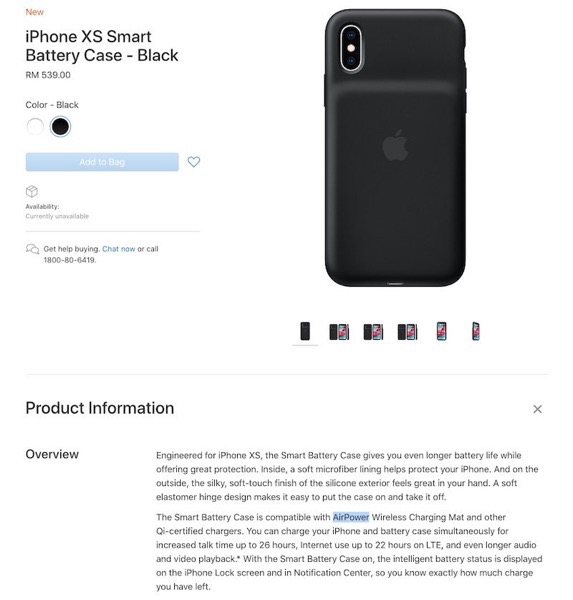 While the mention was removed from Apple’s website soon after discovery, the above screenshot clearly shows Apple mentioning the new Smart Battery Case as fully compatible with the unreleased AirPower Wireless Charging Mat.

In Canada and everywhere else, the case’s description only mentions compatibility with Qi-certified chargers with no reference of any sorts to AirPower. Even in Malaysia, no Smart Battery Case description other than the iPhone XS has mentioned AirPower. 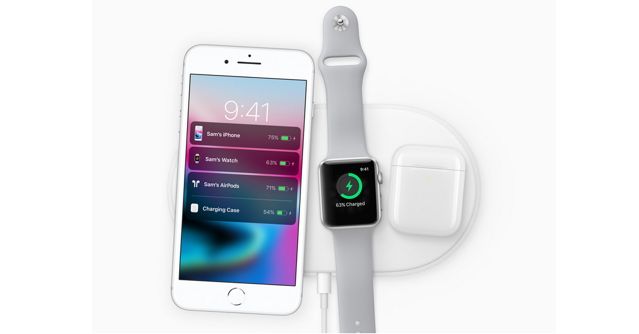 While Apple has failed to deliver on its promise of releasing the AirPower wireless charger in 2018, many believe the product may have been cancelled altogether due to certain ‘technical challenges’.

On the other hand, AirPower may be released by the early first quarter of 2019 according to analyst Ming-Chi Kuo, while developer Steve Troughton-Smith has also recently said Apple could still move forward with a release.

Update: Mention of AirPower was also listed in the Hong Kong description of the case, within the Apple Store app, says one user on Reddit. But the mention was since removed.