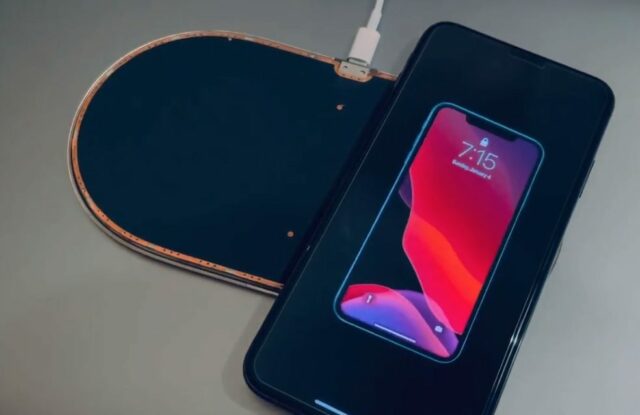 Apple eventually had to cancel the device before it arrived. Apple would later launch something similar, albeit much smaller in scale, but that hasn’t stopped folks from wanting AirPower to still become a reality.

Now, according to a new report from MacRumors, a video on Twitter allegedly depicts a working AirPower prototype from Giulio Zompetti, a noted collector of unique Apple hardware.

While the device itself is certainly a little rough around the edges, it’s functional. The video shows a unique animation on the iPhone itself when it’s paired with the wireless charger. However, it doesn’t appear to be charging the iPhone since the battery icon is still black in the menu bar.

Apple originally planned to launch AirPower way back in 2018. Since then, there have been some grumblings that Apple could revitalize AirPower and it may arrive at some point in the future, but for now we’ll just have to live with this video of a working prototype.

Food delivery service DoorDash has today announced a major change to the way it charges commissions to Canadian restaurants with a new, tiered model (via BNN Bloomberg). The company says its new tiered commission system will offer restaurants more "flexibility" and help them take advantage of digital growth opportunities. "Part of the thinking ... was to...
Usman Qureshi
19 mins ago

Google today announced its annual Year in Search trends for Canada, revealing what Canadian users searched for most during 2022. Year in Search is Google’s annual analysis of trillions of searches performed globally throughout the year. For the past 22 years, Year in Search has provided a unique look into what we all cared about, what...
Nehal Malik
51 mins ago