A recently spotted patent filing suggests that Apple could possibly be working on its defunct AirPower wireless charging mat once again. 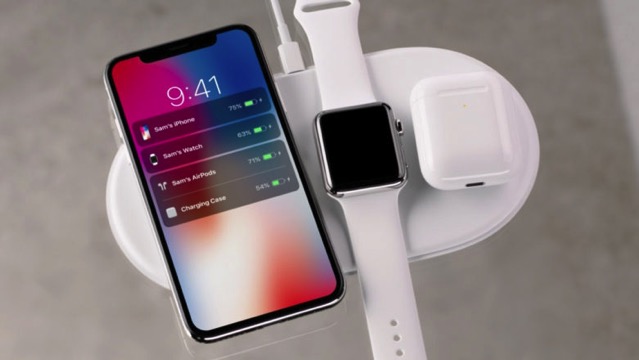 According to a World Intellectual Property Organization (WIPO) patent filed on June 30 spotted by MySmartPrice (below), Apple has trademarked the AirPower wireless charging mat that it canceled earlier this year.

Announced at Apple’s September 2017 media event with a vague “2018” release date, AirPower promised to simultaneously charge three devices at once, regardless of how they were placed on an unmarked white inductive charging pad.

However, the device was delayed several times due to issues with heat management, buggy inter-device communication, and mechanical interference issues. After months of delays and speculation, Apple decided to finally cancel the doomed project, citing difficulty meeting the company’s high standards for hardware. 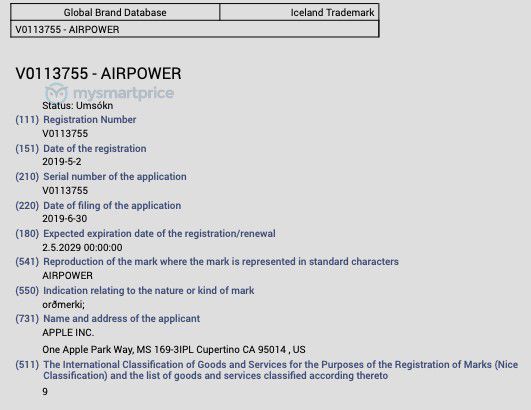 “After much effort, we’ve concluded AirPower will not achieve our high standards and we have cancelled the project,” said Apple’s senior vice president of Hardware Engineering Dan Riccio at the time. “We apologize to those customers who were looking forward to this launch. We continue to believe that the future is wireless and are committed to push the wireless experience forward.”

While one can’t be sure the true reason for Apple’s action, in this case, it’s important to keep in mind that it doesn’t necessarily confirm that Apple is restarting work on the project; the Cupertino company could simply be trademarking its project’s name. As AirPower was certainly an embarrassment for the company, it would need to be sure that another company couldn’t pick up the name and create its own project.