Less than one week into 2019 and we may have the first alleged look at what Apple’s next ‘iPhone XI’ might entail, if reliable smartphone leaker @OnLeaks, known as Steve Hemmerstoffer, is to be believed.

The leaker teamed up with Indian publication Digit to share an “EXCLUSIVE: First look at 2019 Apple iPhone XI renders,” reads the article.

On January 5, @OnLeaks teased “Excitement level over 9000!!!  I wish I could show you what I just saw but unfortunately, I can’t right now…” He then shared a GIF of the DeLorean getting ready to go ‘back to the future’, saying “I’ll be back soon…”

Then earlier today, @OnLeaks, with a new name calling himself “Steve H.McFly”, referencing Michael J. Fox’s character Marty McFly from the motion picture, Back to the Future.

This morning, “Steve H.McFly” tweeted, “Back from September 2019, I bring you the very 1st and very early glimpse at which I guess #Apple will unveil as #iPhoneXI!!! Yes, time has already come to meet the new #iPhone through gorgeous 5K renders.”

What we have is an insane triple-camera rear design, housed in a square camera ‘bump’ along with a camera flash and microphone. The flash, cameras and mic are placed in a staggered design, which looks outright hideous (I say this now, but if it’s true, I’m buying one without question #isheepgamestrong).

Check out a couple renders of this alleged 2019 iPhone XI ‘leak’ below: 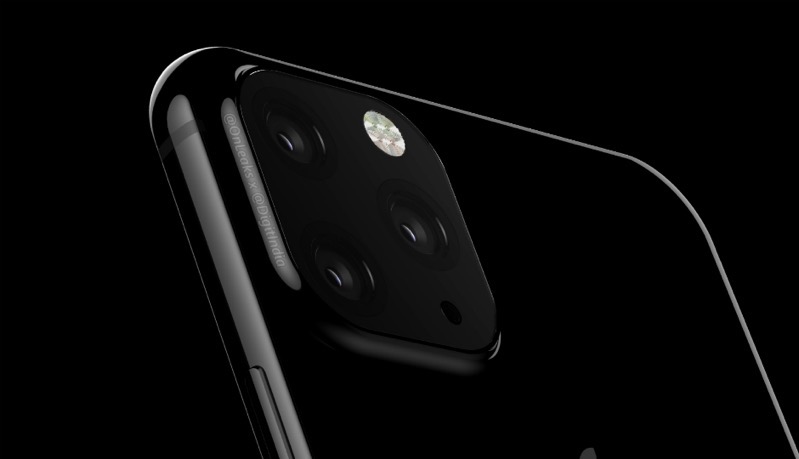 According to the Digit article, “OnLeaks claims the 2019 iPhones are still in Engineering Validation Test (EVT) stage, and there could be changes in the details when the phones will eventually launch in September 2019.” So that means this may not be a final design, rather final changes are still possible. Let’s hope so.

As clearly stated in @digitindia post, please keep in mind this is a freakingly early leak and thus, things may change until official launch… Cheers! ? pic.twitter.com/6QGbGIAh6s


Hemmerstoffer has a pretty good track record when it comes to iPhone leaks. He leaked the first accurate renders of the iPhone X design, when people still thought it would be called iPhone 8 at the time.

While @OnLeaks does have a decent track record, there have been some misses, as previously leaked ‘iPhone SE 2’ renders from last spring have yet to come to fruition.