Mac Otakara has published a video today showing what it claims to be the back of the 4.7-inch iPhone 6. Alongside the alleged rear shell, we can also see two iPhone 6 dummies, compared to a gold iPhone 5s. 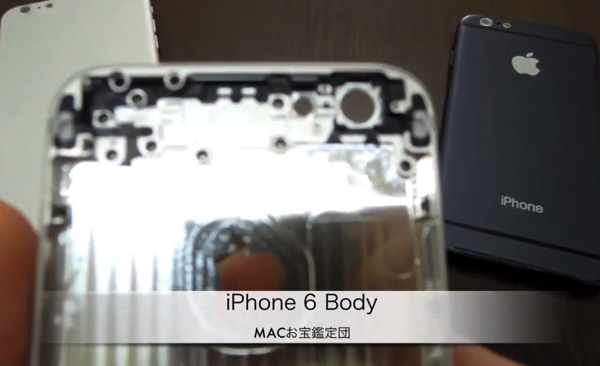 The video reinforces earlier photos of the iPhone 6, but what’s noteworthy in this leak is the complex internal structure, and, by the way, the shell has cutouts for the Apple logo, camera, and flash.

We’ve heard previous rumours claiming the iPhone 6 would be thinner and lighter than the iPhone 6, and the video apparently confirms them. Since the iPhone 6 is rumoured to be entering mass production this month or in July, we will likely see more parts of the highly anticipated device shortly.

Apple is expected to announce two new iPhones this fall – 4.7-inch and 5.5-inch models – which will probably hit the stores on September 19. The next-generation handset is said to feature a sapphire display and NFC chip as well, alongside camera and processor updates.

While the rumour mill has been spilling information about Apple skipping the pixel race, recent whispers claim that optical image stabilization will be an exclusive feature of the 5.5-inch iPhone 6.