The French site Nowhereelse has spotted components from what the source, a Japanase vendor, claims to the iPhone 5S. 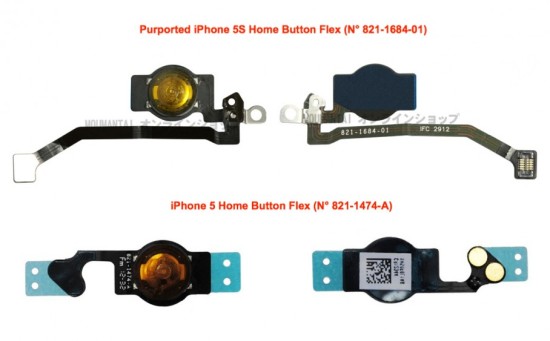 As you can see from the image above, the first component, the iPhone 5S home button, looks similar to the home button of the iPhone 5, except it features the flex cable connecting it to the main logic board.

This isn’t the first component leak of the highly anticipated iPhone 5S. Earlier this year, the same French website spotted speaker enclosures from both iPhone 5S and iPhone 6, but the authenticity of the images still remains an open question.