With Apple expected to launch two (?) new iPhone models this year, we’ve already heard lots of speculations about the upcoming devices. Although Apple seems to maintain its market share with iPhone sales rising year-over-year, investors and analysts and even an ex-Apple CEO, John Sculley, push the company to focus on the emerging markets.

Hot on the heel of Apple diversifying its iPhone line come two images posted by the French Nowhereelse blog, which allegedly show components of the next generation iPhones. We can’t really tell if they are legitimate – but if they are, these parts underscore the existence of at least two new iPhone models, which will hit the market this year.

So let’s see what we have: first there were rumours suggesting Apple is working on a cheaper and bigger screen iPhone for emerging markets (Digitimes). The rumours of a cheaper and a high-end iPhone were reinforced by the Wall Street Journal and Bloomberg’s sources just for The China Times to drop the bombshell claiming an 4.8-inch iPhone Math is in the works. Later on, Digitimes revoked that rumour claiming Apple is working on two 4-inch iPhones featuring in-cell display. 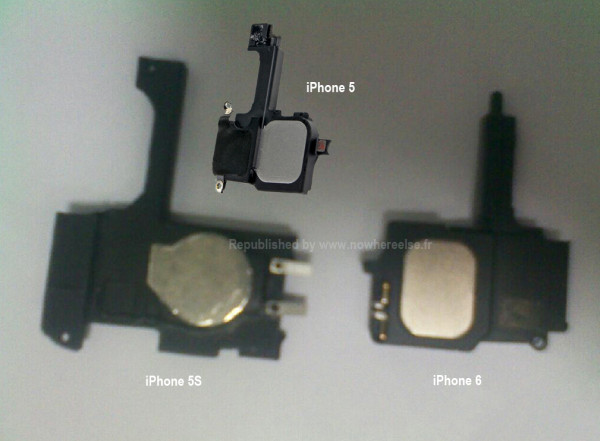 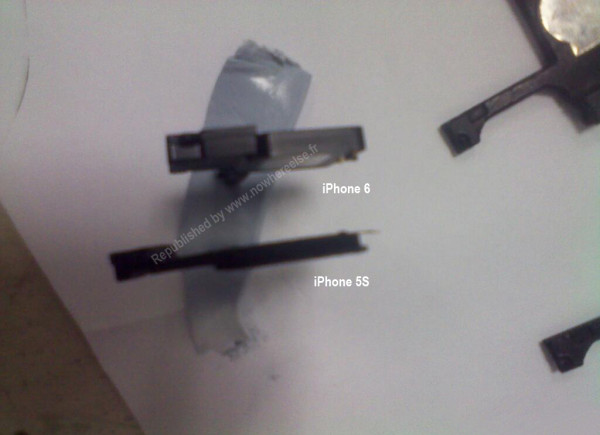 The above images allegedly show the loudspeaker of the iPhone 5S and the iPhone 6, the author of these pictures told the blog. Also, the source, which required anonymity, informed that the first model would be introduced between March and July, while the second one would come in the second half of 2013.

Here is an image of the iPhone 5 loudspeaker: 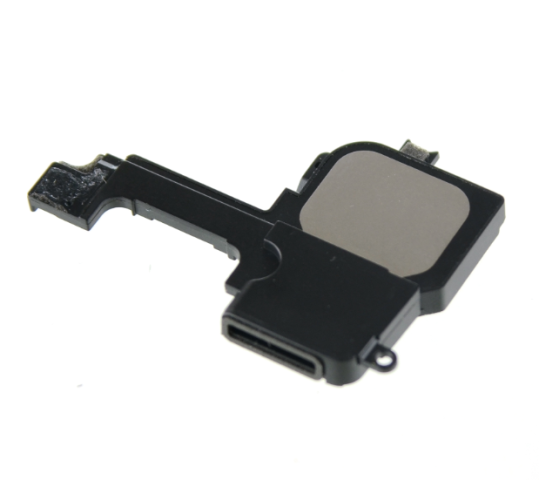 The design of the component is similar to what we can find in the current iPhone 5, if you look at the alleged iPhone 6 component. Have a look and tell us what you think.