Rumours of a much stronger 7000 Series aluminum iPhone 6s shell surfaced as early as April around the time of the Apple Watch launch. Apple has started using this material with the Apple Watch Sport to ensure a strong watch body. As it turns out, the same goes for the next-generation iPhone body.

We saw the iPhone 6s rear shell on video shortly after Unbox Therapy received it from Sonny Dickson. Now, UT is back with another video and important data that underpin earlier rumours of a 7000 Series aluminum iPhone 6s shell. 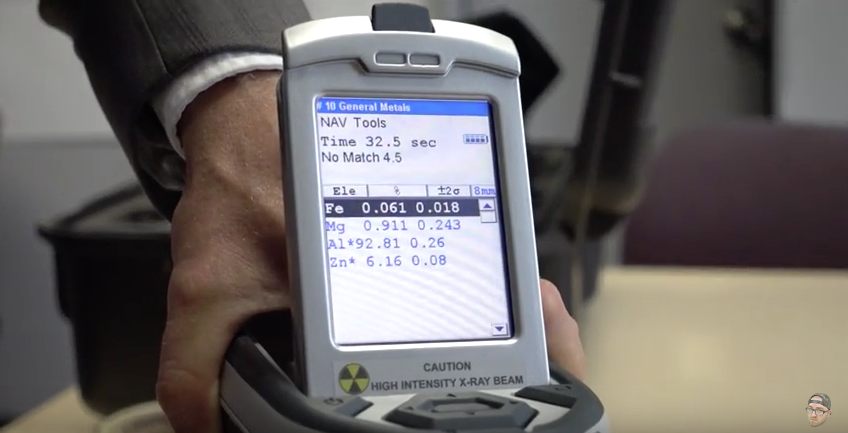 First off, with the help of Canadian company Elemental Controls and a handheld XRF analyser, they have performed a material analysis of the two shells. The results speak for themselves: the iPhone 6 shell is made from the 6000 Series aluminum, which means that aluminum makes up about 98% of the material composition. By comparison, the alleged iPhone 6s shell elemental composition results show 92% aluminium and roughly 7% Zinc, suggesting that Apple will use the 7000 Series aluminum for the next-generation iPhone. 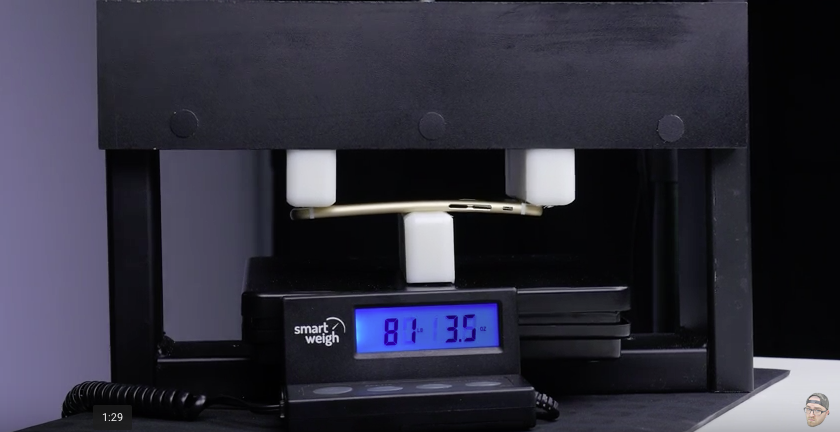 Unbox Therapy also performed a more scientific bend test this time and found that the iPhone 6 shell bends at roughly 30 pounds of pressure. To achieve similar results with iPhone 6s shell they needed to increase the pressure to about 80 pounds, which implies it will be at least twice as resistant to bending as the current version.