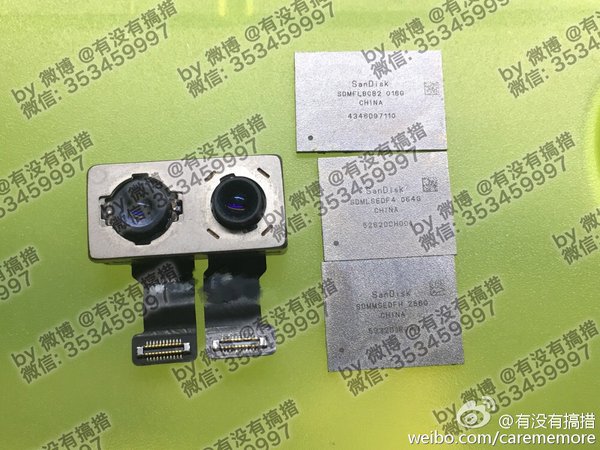 New images what are reportedly components of Apple’s iPhone 7 seem to show the rumoured dual-lens camera, alongside a new 256GB storage option.

The photos were posted on the Chinese social network Weibo (via Steve Hemmerstoffer on Twitter). The images show the two lenses, along with flash storage in 16GB, 64GB and all-new new 256GB option.

If these images are real, they could indicate Apple will sell a version of the iPhone 7 with its biggest storage option to date. The report suggests that the 256GB option will only be available on the iPhone 7 Plus.

Other rumours point to the iPhone 7 ditching the 3.5mm headphone jack in favour of the Lightning connector. As always, these rumours are unofficial until Apple announces the device, so take them with a grain of salt.