Amazon‘s digital assistant Alexa might be making its way to your car soon. 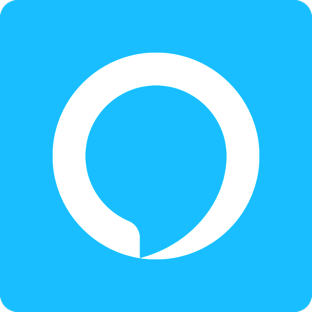 Voice-assistant technology — already a big hit among first adopters, and quickly moving further into the mainstream, according to most signs — promises to stand as a significant part of the emerging connected-vehicle ecosystem

Now, according to a new report from Bloomberg, Amazon “is trying to persuade automakers to bake the voice-activated digital assistant into their entertainment systems.” Specifically, that effort is being at least partly conducted through a device called the Echo Auto, which “is the most visible element so far of Amazon’s ambition to take Alexa on the road.”

Amazon has made previous moves in the build-up to the present. BMW and Audi, for instance, have already announced their integration with Amazon’s Alexa. The deal is designed to give drivers access to Alexa skills and voice-activated services directly from the car’s infotainment system.

However, Amazon still has to compete with devices with Google and Apple which have the lead in this industry. Both companies have its smartphone OS which means  that the Android Auto and Apple CarPlay only requires users to have their smartphone to avail these assistant apps easily.

Meanwhile, Amazon’s Echo Auto is a separate device that only supports this specific road assistant feature and less likely to be adopted by consumers out of convenience. Moreover, reviewers of the device report that Amazon’s current work with their apps and devices for cars are “laughably bad,” according to The Verge.

Interestingly, Amazon has already made it first move into the segment. Back in 2016, Hyundai rolled out an in-car app that had Alexa on board, designed to aid owners of some models start their vehicles and set climate control with the help of Alexa. It was more of an experiment than anything else, as it never became mainstream.

Tonight, The Game Awards 2022 is being held in Los Angeles at the Microsoft Theatre. Thankfully, for those of us at home around the globe, host Geoff Keighley will be live streaming the event across many platforms. Each year, The Game Awards celebrates the last 12 months of gaming. Showing recognition to the hard-working developers...
Steve Vegvari
49 mins ago

The annual Reddit Recap is here and for 2022 and the most popular posts, communities and more on the site have been revealed, with data for Canada available as well. “With more than 100,000 active communities from around the world across Reddit, there are a lot of conversations happening in any given moment. So we […]
Gary Ng
49 mins ago