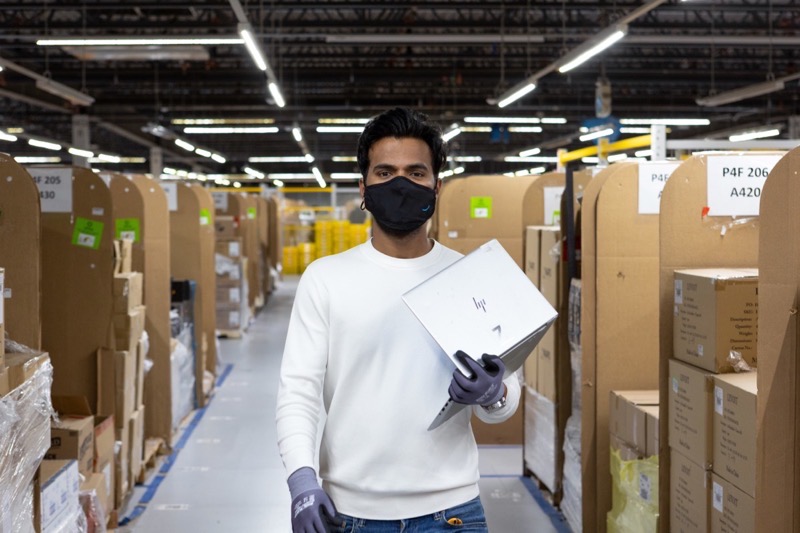 Amazon announced on Monday it will be hiring 15,000 full-time and part-time employees throughout the fall in Canada, while also increasing wages of frontline workers, effectively immediately.

The company says frontline employees will see hourly wages of $17 to $21.65 on their first day, plus also have various benefits.

“We take our responsibility as an employer seriously,” said Sumegha Kumar, Director of Canadian Customer Fulfillment Operations for Amazon Canada, in a statement. “Amazon Canada employs over 25,000 Canadians, and we’re proud to create 15,000 more great jobs at a time when they’re needed in Canada, with increased pay for our amazing employees across our fulfillment, transportation and logistics networks — from Victoria to Dartmouth.”

Amazon says benefits include health, dental and vision benefits on day one, training and education programs, along with health and well-being initiatives and family support plans. The company says there is a $100 bonus for new and existing employees that show proof of vaccination.

As for frontline wage increases, Amazon says all full and part-time employees are going to see an increase of $1.60 to $2.20 per hour, starting immediately, regardless of tenure with the company.

The company recently revealed it would be setting up a last-mile distribution centre in Sidney, British Columbia.

In response to the feedback and guidance it received, Apple has announced that its child sexual abuse material (CSAM) detection tool for iCloud photos has now been permanently dropped, Wired is reporting. Apple has been delaying its CSAM detection features amid widespread criticism from privacy and security researchers and digital rights groups who were concerned...
Usman Qureshi
52 mins ago