Amazon has announced today two storage plans for its Cloud Drive offering in Canada (surely this news will get lost in Apple headlines). 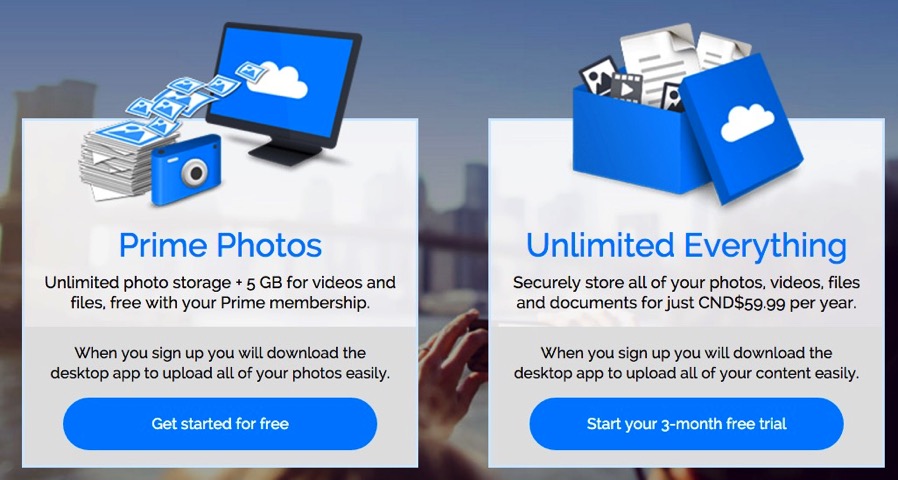 These new options come with free three month trials, then you’ll get charged the following:

Josh Petersen, Director of Amazon Cloud Drive, said in a statement “With the two new plans we are introducing today, customers don’t need to worry about storage space—they now have an affordable, secure solution to store unlimited amounts of photos, videos, movies, music, and files in one convenient place.”

Prime members who already get unlimited photo storage can get the option to sign up for the Unlimited Storage Plan. Just last year, Amazon launched a dedicated Cloud Drive for iOS app to view all files and folders.

Dropbox Pro costs $129 CAD per year for 1 terabyte (1000 GB) of storage. Amazon’s unlimited storage plan costs just under half that amount. If you need pure cloud storage, this is just another option to consider.