Following up on its successful Echo product, Amazon has launched a new device called Echo Look, which includes a camera beside the microphone. This device could become one of the selfie devices you’ll be using every morning to check your chosen style before you walk out of the door. 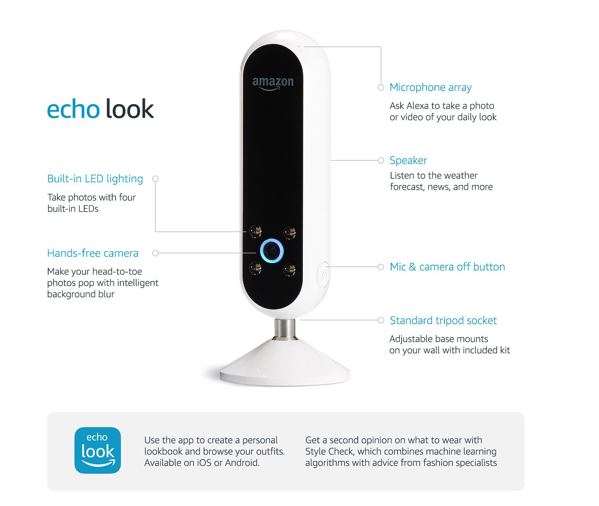 The new Echo Look answers to commands such as “Alexa, take a picture,” and “Alexa, take a video.” The latter will take a short video of you as you spin around to get a shot from all sides. The good thing is that you’ll do this hands-free, and videos can be recorded or viewed in real-time.

Since Echo Look doesn’t have a display, every photo this device takes can be viewed on the smartphone. Another interesting addition to the device is a new service that uses artificial intelligence, AI, to help you make style decisions. The app Amazon has developed uses a combination of machine learning and advice from experts in the style space, TechCrunch notes.

As you can see in the picture above (or the video inserted at the end of the article) Echo Look is similar to a security camera with a camera, microphone and LED array at the bottom. What’s worth mentioning is that the camera has a built-in depth sensor so it will blur our everything in the photo and focus on you. These new features build on top of the standard base of Alexa functions such as checking the weather, media controls, news, smart home and more.