Amazon Becomes Largest Corporate Buyer of Renewable Energy in the US 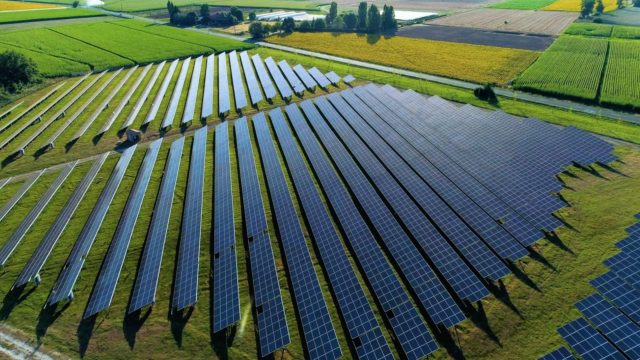 With the addition of these projects, Amazon brings its renewable energy investments to 10GW of electricity capacity, becoming the largest corporate buyer of clean energy in the US.

In 2019 Amazon cofounded The Climate Pledge, becoming the first signatory and setting a goal to meet the Paris Agreement 10 years early and becoming net-zero carbon by 2040. The pledge now has 107 signatories, including IBM, Unilever, PepsiCo, Visa, Verizon, Siemens, Microsoft, and Best Buy.

Amazon explained that the Pledge was born was born out of the idea behind the power of companies coming together and the role that corporations play in driving more action to help reach the goals set by the Paris Agreement, saying “we certainly expect the renewables sector to continue to grow as signatories evaluate and implement decarbonization strategies through real business changes and innovations.”

“We’re driving hard to fulfill The Climate Pledge — our commitment to reach net-zero carbon by 2040, 10 years ahead of the Paris Agreement,” said Jeff Bezos, Amazon founder and CEO. “Our investments in wind and solar energy in the US and around the world send a signal that investing in green technologies is the right thing to do for the planet and citizens — as well as for the long-term success of businesses of all sizes across all industries everywhere.”

The e-commerce giant, whose fast delivery has historically drawn some criticism for the size of its carbon footprint, now has 232 energy projects around the world. That’s the equivalent of powering 2.5 million homes.

In Canada, Amazon is launching a 375-megawatt solar farm that will be the company’s second in Alberta. When finished in 2022, the farm will bring Amazon’s capacity in Canada to more than 1 million megawatt hours — enough to power more than 100,000 Canadian homes.

The 11 US projects announced Wednesday include Amazon’s first solar from Arkansas, Mississippi and Pennsylvania, plus additional projects in Illinois, Kentucky, Indiana and Ohio. In total, Amazon has enabled more than 6GW of renewable energy in the US through 54 projects. Other projects include Amazon’s first renewable energy project in Finland and the company’s fifth project in Spain.