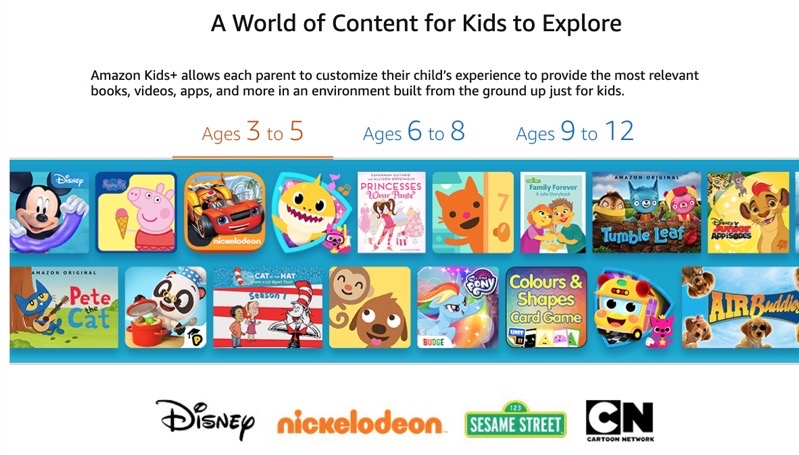 Amazon announced its Amazon Kids and Amazon Kids+ services will be making their way to select Fire TV devices in Canada.

The Amazon Kids and Amazon Kids+ services bundle “thousands of kid-friendly TV shows and films” into a neat little package, which will now be available on TV screens across Canada.

Canadians who have an Amazon Prime subscription can also add kid-friendly content from Amazon Prime Video to their child’s Amazon Kids profile.

Both services come with easy-to-use parental controls like adjustable time limits, age filters, and weekday/weekend settings. Parents can also lock age-restricted content behind a PIN code, and view daily activity reports of the content their kids access through either service on the Parent Dashboard.

Amazon Kids is available as a free service to all parents. Amazon Kids+, on the other hand, is a premium subscription that starts at $3.99/month for Amazon Prime members, and $5.99/month for non-members.

Amazon Kids and Amazon Kids+ are available on all Fire TV sticks in Canada, as well as select Fire TV-enabled smart TVs.

To learn more about Amazon Kids and Amazon Kids+, head over to Amazon.ca.