Amazon Launches New Kindle with Front Light for $119.99 in Canada 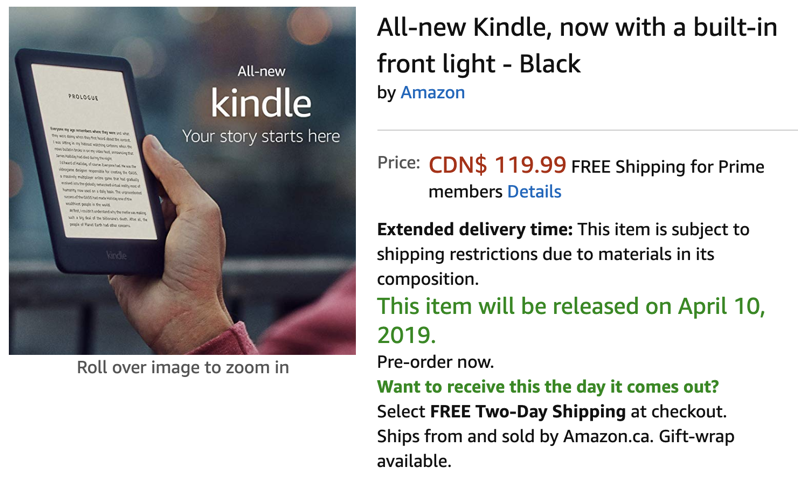 Amazon has launched a new Kindle today with an adjustable front light for $119.99.

This new Kindle has an updated design with “the latest electronic ink technology for better contrast,” with models available in colours of black or white.

“Customers consistently tell us how much they appreciate having a front light on Kindle devices so they can read in any environment—from a sunny patio to their bed at night,” said Kevin Keith, Vice President, Amazon Devices, in an issued statement to iPhone in Canada.

The new Kindle now uses capacitive touch on its 6-inch display with 167 ppi and front light.

“The team worked hard to bring this customer-favourite feature to our most affordable device, and we’re excited to introduce the all-new Kindle—the first Kindle under $120 with a built-in adjustable front light,” added Keith.

Amazon says this all-new Kindle and Kindle Paperwhite (ten 6 from 2013) will get an over-the-air software update “in the coming months” to bring better reading recommendations based on your reading history, plus show new trending titles in the Kindle Unlimited and Kindle Store.