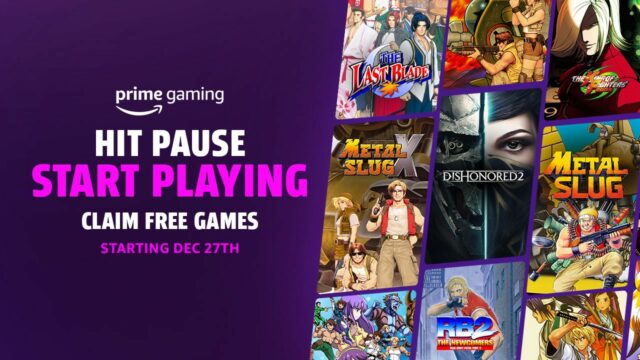 Amazon Prime Gaming is adding even more free titles to its catalogue this month. After adding a list of games including Quake, Spinch, Brothers: A Tale of Two Sons, and more, subscribers can expect additional titles.

From December 27th through January 3rd, 2023, Amazon Prime Gaming is offering multiple free PC games to Prime subscribers. These include Dishonored, Metal Slug, and more. Closing out the month of December and kickstarting the new year, the following games will become available:

In addition to the additions to the Prime Gaming Catalogue for December, subscribers can also snag a number of premium perks. For instance, Prime subscribers can grab a Premium Bundle for Farm Heroes Saga, which includes:

Additionally, Candy Crush Soda Saga players can also find a Premium Bundle of their own for today (December 13th) only. This bundle includes:

On top of access to monthly free games and bonuses, Prime members are given a free monthly channel subscription to Twitch. Perks from Prime’s two-day shipping and Prime Video, including unlimited access to Amazon’s TV and film catalogue are available as well to subscribers.