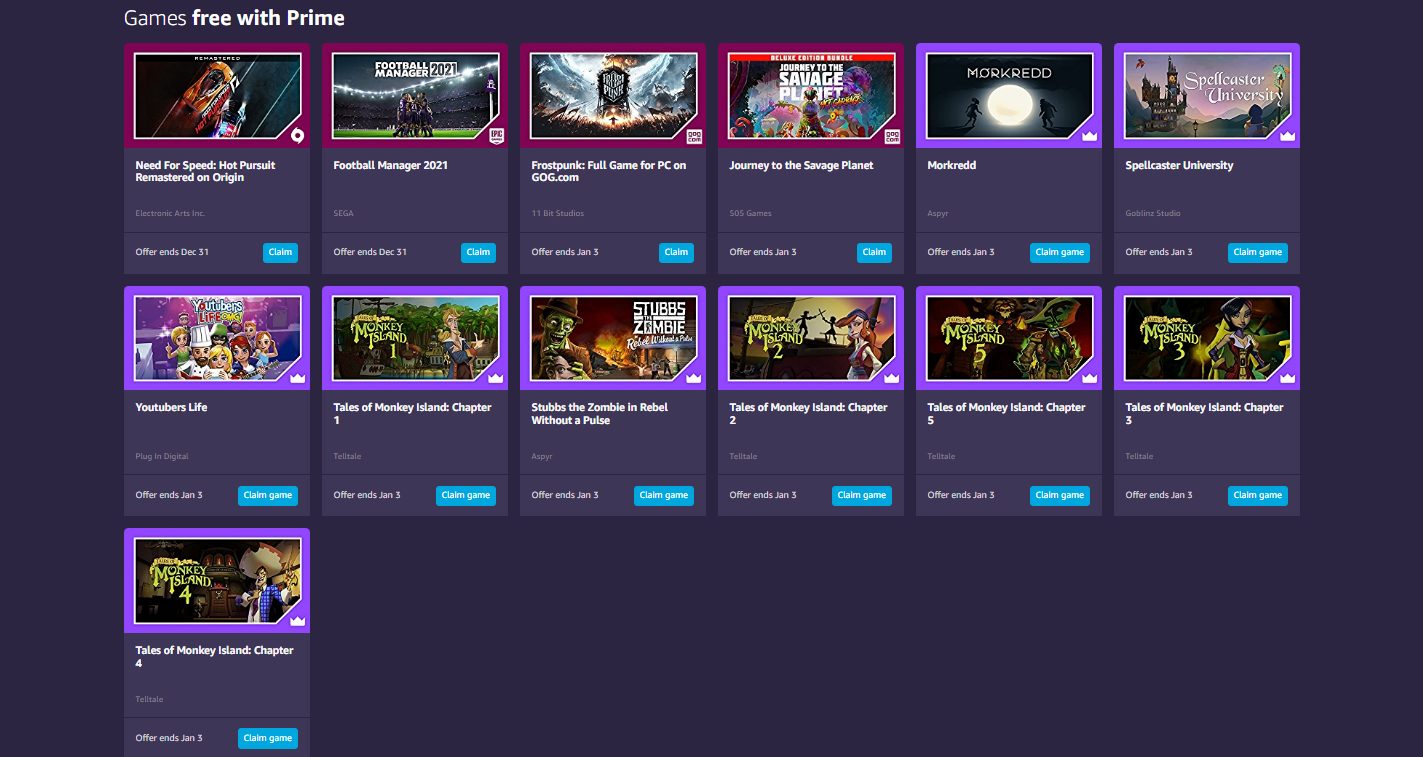 Amazon recently revealed all of the games Prime Gaming subscribers will get free, exclusive access to in December 2021.

In addition to bonus in-game content for games like League of Legends, Valorant, GTA Online, and more, Prime Gaming subscribers get access to a number of titles every month that they can claim, install, and according to Amazon, keep forever — completely free.

The absolute highlight of this month’s selection is Need for Speed: Hot Pursuit Remastered, EA’s heart-pumping racing game from 2010. Available for free to Amazon Prime Gaming subscribers this month is the recently remastered version of this gem of a classic.

Here’s a complete list of the titles Prime Gaming subscribers can claim for free and keep forever during December 2021:

Need for Speed: Hot Pursuit Remastered and Football Manager 2021 are only going to be available until December 31, whereas the rest can be claimed until January 3.

Amazon Prime isn’t the only gaming subscription giving away free games this December — check out Xbox Game Pass’s selection of free games for the month, as well as PlayStation Plus’s.