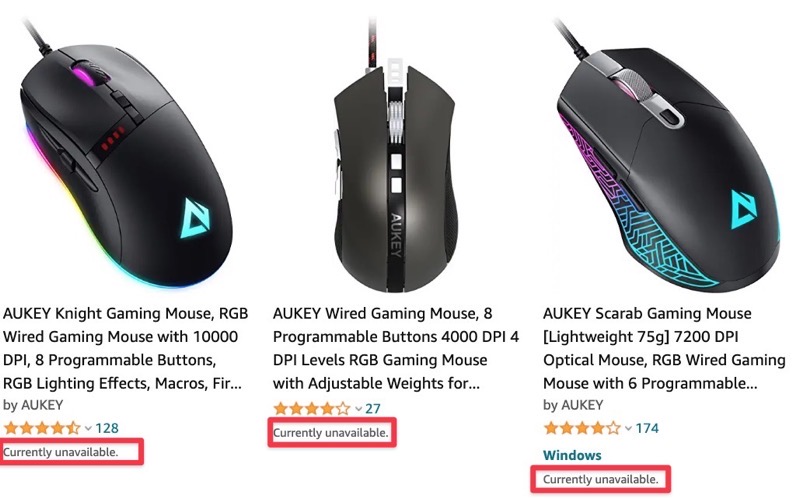 Popular accessory maker Aukey, along with Mpow and Tomtop have seen their product listings removed from Amazon.ca and Amazon.com, after a report from SafetyDetectives uncovered evidence of these companies paying for fake 5-star reviews.

Currently, Aukey listings on Amazon.ca are now showing as “currently unavailable”, meaning it’s not possible to purchase them. The same goes for Mpow and Tomtop.

An Aukey spokesperson told Tom’s Guide in a statement, “I don’t know the details of what has happened either. We are currently working on finding a solution. The company has not been significantly affected at the moment and the daily work routine is also proceeding as normal.”

Aukey has made some reliable accessories that have been relatively cheaper than rivals such as Anker. Many customers have long complained about fake reviews on Amazon, resorting to browser extensions such as Fakespot to identify possibly shady reviews.

It’s unclear if Amazon will reinstate listings from these Chinese vendors, but for now, you won’t be able to buy anything from Aukey on the site.