Why Apple Chose AMD for the 15-inch MacBook Pro

Ars Technica’s in-depth review of the new 13-inch and 15-inch MacBook Pros has just been published, consisting of a thorough set of performance benchmarks for CPU, GPU, SSD, and much more. But one important detail picked up by Daring Fireball’s John Gruber from the comprehensive review, is the explanation of why Apple chose AMD’s GPU instead of Intel’s in the entire 15-inch lineup. 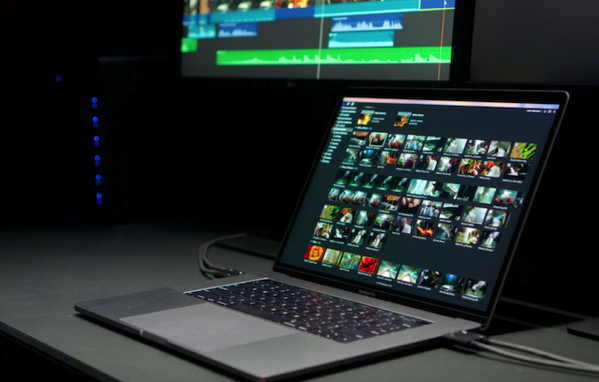 The review explains how hooking up one of LG’s 5K monitors to the new MacBook Pros, actually shows you two pictures stitched together to make a single seamless image. “This is because the version of the DisplayPort spec supported by Intel’s GPUs and almost all monitors these days — version 1.2 — doesn’t have enough bandwidth to drive a 5K display at 60Hz all by itself”. Although this will change with DisplayPort 1.3, Apple is currently pushing two DisplayPort 1.2 streams to the monitor over the single Thunderbolt 3 cable.

There’s nothing wrong with this method, except that it cuts down on the number of external displays your computer can support. Intel’s integrated GPUs can drive a total of three displays, but you use up two of those three streams to drive one 5K monitor and one of them to drive the laptop’s internal display. AMD’s GPUs support up to six displays, so you can use two of those connections for one 5K monitor, two of them for the other 5K monitor, one for the laptop’s internal display, and still have one left over for yet another monitor if you really wanted to use one.

This is why the 13-inch Pros can only use one 5K Thunderbolt display and the 15-inch Pros can use two of them, and it explains why Apple chose to go with AMD’s GPUs across the entire 15-inch lineup.

Apparently there’s quite a bit about the new MacBook Pro with conventional function keys that’s different from its Touch Bar equipped siblings. Check out the full review for more details at this link.

Any shred of mystery Google was saving for its Pixel 7 series launch event on Thursday, October 6, likely dissipated when a detailed and legit-looking spec sheet for the two phones leaked online over the weekend (via 9to5Google). Apparently, a mobile carrier in Taiwan prematurely shared the spec sheet for Google's Pixel 7 and Pixel...
Nehal Malik
23 mins ago