Ready for Apple Pay to launch in Canada? According to American Express, the service is set to launch this Tuesday, November 17, 2015. Customer service representatives we spoke with confirmed the date over the phone numerous times, and is in line with what you’ve told us as well.

Earlier this month, American Express started to inform customers “we were unable to complete your request” when they attempted to add supported cards to their iPhones (U.S. region setting), a hint the launch was imminent. 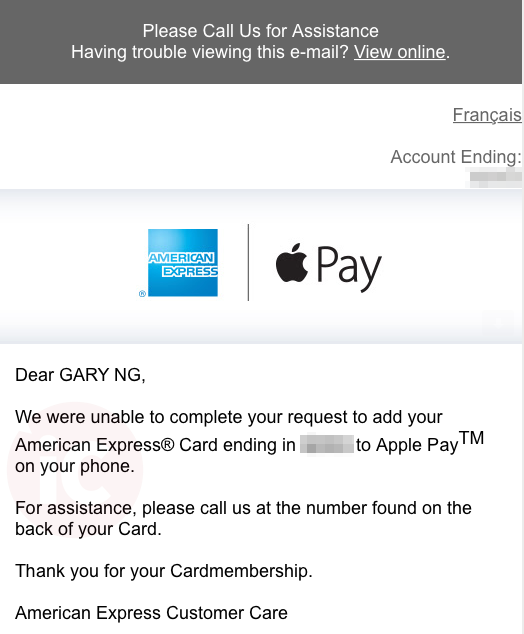 The date would presumably be when the final release of iOS 9.2 will be out to support Apple Pay. The third beta of iOS 9.2 was released last Tuesday, November 10. Stay tuned, folks!