At its annual Worldwide Developers Conference on Monday, Apple unveiled upgrades to many of its operating systems, and a number of analysts have already given their initial reactions (via PED30). 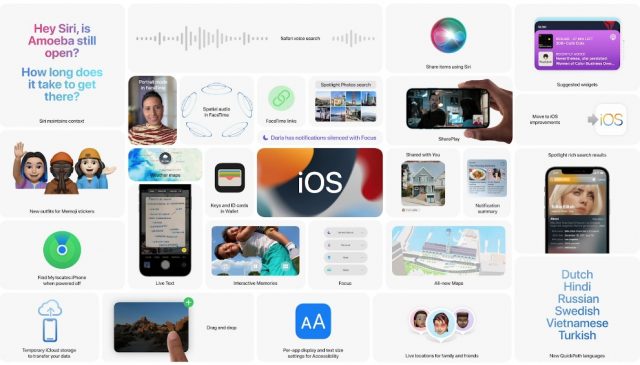 Martin Yang from Oppenheimer felt that the Keynote was mostly a letdown, noting that many of the features introduced already exist in some for in other apps, devices, and operating systems. He was, however, impressed with Apple’s audio-related features:

WWDC 2021 Keynote is a relative letdown comparing to prior years. Many key features coming to next gen iOS/iPadOS/ macOS are already widely in use from alternative apps, devices, and operating systems. However, Apple managed to shine brightly in audio-related features. Apple’s unique integrated hardware and software design not only makes AirPods a Fortune 500-sized business, but also the centerpiece of a new generation of an audio-centric user interface. No competing device, software, or services are remotely close to Apple regarding its audio interface’s overall usability, consumer touch points, and accessibility. Apple’s leadership in audio features seem even more fearsome considering how Siri, as a standalone voice assistant, is a less capable product than Amazon Alexa or Google Assistant.

Morgan Stanley’s Katy Huberty was impressed by Apple’s wide array of industry-leading services, differentiating itself from all its competitors:

There were a number of key themes evident in this year’s OS updates, from greater cross platform integration of features (i.e. bringing Widgets to iPadOS 15), to more intelligent personalization and customization options, to new work and learn from home enablers, and a renewed focus on putting the consumer at the center of their health decisions. And in our view, what remains clear is that Apple’s vertically integrated ecosystem of world-class hardware, software, and industry- leading services remains a key point of differentiation that competitors cannot replicate, which has allowed Apple to take share in every major hardware category it participates in over the last 6 months. We expect these new software updates combined with new hardware launches later this summer and fall to allow Apple to post a third consecutive year of growth in FY22, equating to a 12% topline CAGR between FY19 and FY22.

At its WWDC, Apple introduced a series of small but interesting user-friendly changes across its product families that keep pushing the performance bar higher. In our view, some standouts include making FaceTime more user and corporate friendly, text recognition from pictures, and pushing UWB beyond cars into homes, hotels, and offices. On the privacy front, Apple is making email information less trackable while also providing an App Privacy Report on individual apps. Finally, we feel Apple continues to make great progress on the healthcare front, with new features measuring steadiness, lab result explanations, and health sharing.

Loup Ventures’ Gene Munster was disappointed with the lack of any announcements regarding a new M1 MacBook Pro or AR/VR goggles:

Apple did not reveal new MacBook Pros with M1 chips, which was a WWDC prediction of ours. Separately, there was no mention of MR goggles, which we had in the long-shot category. Our best guess is that an MR device will be previewed at next year’s WWDC.

Daniel Ives from Wedbush thought was was announced was exactly what was expected, noting that Apple is continuing its push of the importance of customer privacy:

As usual for WWDC, all eyes were on iOS upgrades and software enhancements for the coming year as developers are eagerly awaiting the next software improvements to come out of Cupertino with surprisingly no new product introduction on the Mac front as part of the festivities. iOS 15 was introduced and is very focused around new device privacy protections, various notifications/lock screen changes, and a revamped iMessage feature set. This follows the iOS 14.5 release which has doubled down on privacy features for the consumer at a time which Apple has directly put itself on a collision course with Facebook around the ability for users to block data tracking.