While Apple’s iPhone 11 lineup already features Ultra Wideband technology, Android smartphone manufacturers are also getting ready to release the very first handsets featuring the technology starting later this year, as claimed in a research note by Barclays analysts (via MacRumors). 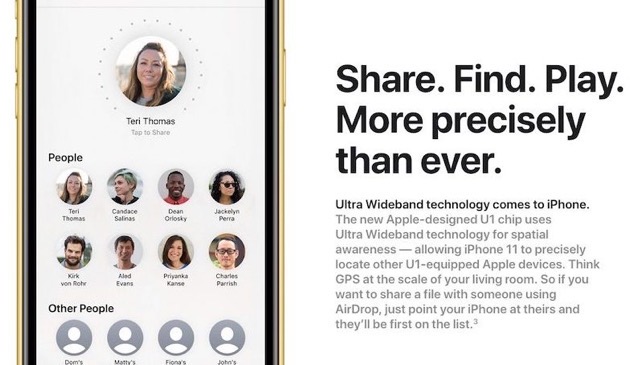 According to the analysts, Android smartphones from Samsung and other manufactures launching later in 2020 will sport all-in-one Ultra Wideband, NFC, and Secure Element chips from NXP Semiconductors.

Last year, NXP said that its Ultra Wideband will give mobile devices several new and interesting capabilities, such as being able to unlock a car’s doors when the device comes in close proximity to the vehicle:


“With the SR100T, mobile devices will be able to communicate with connected doors, points of entry, and cars to open them once approaching,” said NXP in a press release. “Lights, audio speakers, and any other connected device with UWB sensing capability will be able to follow users from one room to another, and smart connected technology will intuitively be embedded in people’s lives.”

iPhone 11, iPhone 11 Pro, and iPhone 11 Pro Max models are equipped with an Apple-designed U1 chip with Ultra Wideband technology.