Andy Warhol’s ‘Macintosh’ Painting to Fetch Up to $30,000 at Auction

The late Andy Warhol’s classic ‘Macintosh’ painting, which is part of Warhol’s “Ads” collection from 1985, one year after the original Macintosh launched, will be auctioned next month by Woodshed Art Auctions (via MacRumors). The opaque watercolor painting features Apple’s classic rainbow logo between Apple and Macintosh word marks. 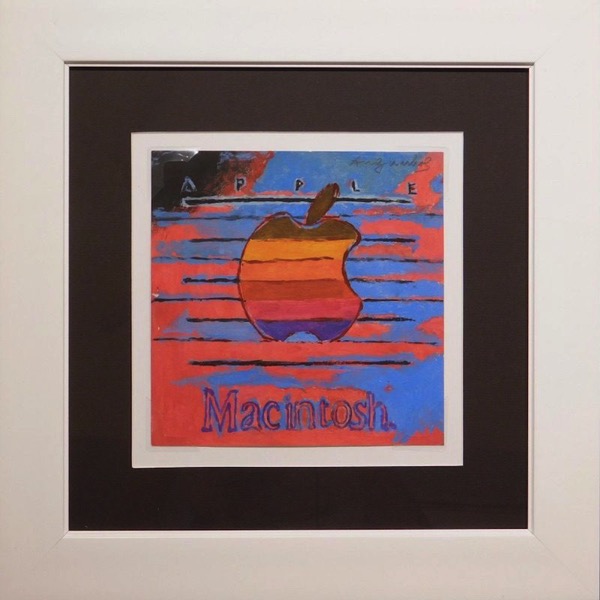 For those who aren’t familiar, Warhol was a famous artist known for his paintings of iconic American items like Coca-Cola and Campbell’s Soup, and celebrities including Marilyn Monroe, Elvis Presley, and Muhammad Ali. He passed away in 1987.

Measuring 8-inches squared inside a 16.5-inch squared frame, the painting is signed by Warhol on the front and back and is said to be in “very good condition” with archival corners and no adhesives touching the artwork.