Apple head of retail Angela Ahrendts tops the list of the highest-paid female executives in the United States for 2014, according to data compiled and posted by Bloomberg. 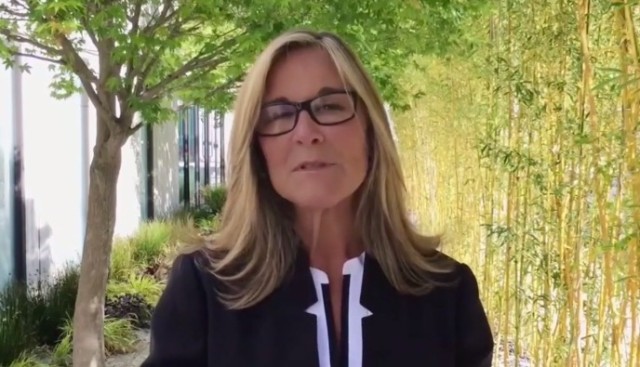 You may already know that Apple hired away Ahrendts from Burberry. To be able to do that, the iPhone maker had to put an attractive offer on the table: The 54-year-old Ahrendts was awarded $82.6 million in 2014, including a sign-on bonus and a make-whole grant for awards left behind at Burberry, according to Bloomberg. By the way, her pay package is currently valued at $105.5 million.

Ahrendts is followed by Oracle’s Safra Catz on the list: She was awarded $71.2 million in 2014. In third place we find Yahoo!’s Marissa Mayer. The 39-year-old female leader received $59.1 million last year.

Based on the top exec’s compensation as a percentage of their companies’ economic profit (net profit minus cost of capital), Bloomberg’s index also measures the performance of these female leaders (we saw Tim Cook topping a list published last month).

In terms of pay-for-performance, Angela Ahrendts outperformed the eight women on the Bloomberg list, as she delivered the best rating: Her pay is equivalent to 0.3% of Apple’s $28.6 billion three-year average economic profit, the news outlet highlights.

Any shred of mystery Google was saving for its Pixel 7 series launch event on Thursday, October 6, likely dissipated when a detailed and legit-looking spec sheet for the two phones leaked online over the weekend (via 9to5Google). Apparently, a mobile carrier in Taiwan prematurely shared the spec sheet for Google's Pixel 7 and Pixel...
Nehal Malik
43 mins ago