Along with announcing WWDC 2016 this afternoon, Apple also launched a new site on its Developer portal, titled “Making Great Apps for the App Store,” which details articles and videos on how developers can attain success with their apps:

Take advantage of new articles and videos designed to help you grow your business on the App Store and engage users worldwide. See how developers approach finding success on Apple platforms and what they’ve learned along the way. 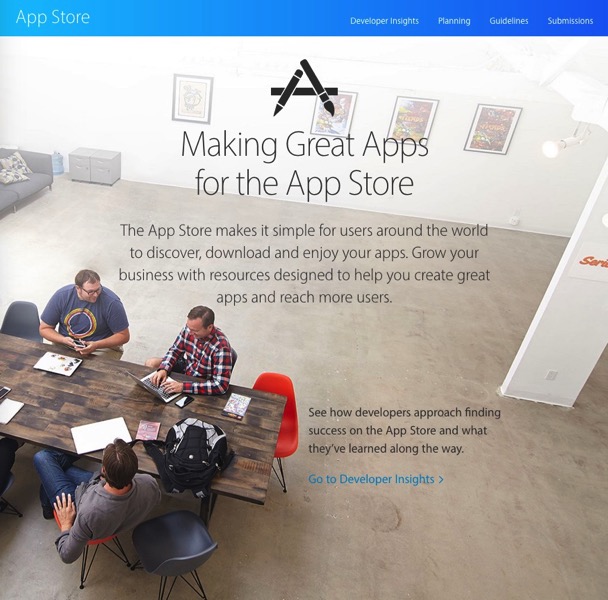 Apple details stories from the developers Seriously, Grailr, Evernote and Smule, which are stories worth reading if you’re looking to take your app to the next level. Other sections detail planning, following guidelines and submission tips. Definitely worth absorbing the excellent information provided here by Apple.