App Store “Temporarily Unavailable” Error Happening For Some Users [u]

The App Store is suffering from an error at the moment, as some users are seeing a “Temporarily Unavailable” message when trying to update apps, because “This is feature is temporarily unavailable. Try again later.” 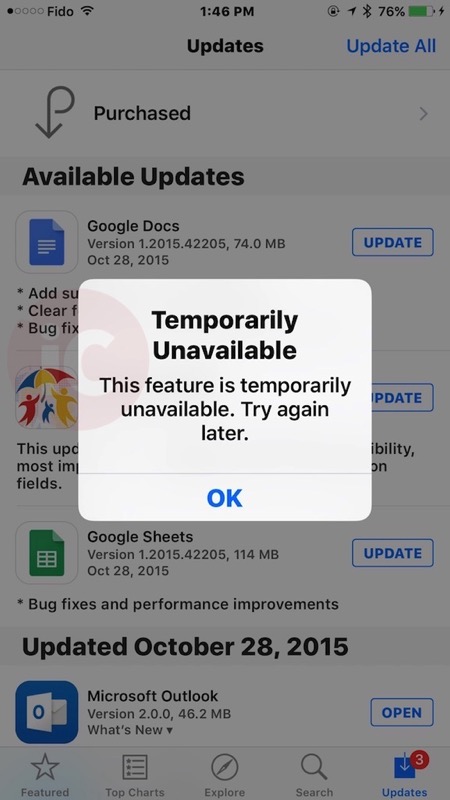 Apple’s Services, Stores and iCloud system status page is showing no problems, but right now we are unable to update our apps in the App Store.

Are you experiencing this issue right now?