Apple will announce its highly anticipated on-demand music streaming service for $10 per month, people familiar with the matter whispered to the Wall Street Journal. The announcement is timely, since Apple will kick off its annual Worldwide Developer Conference next Monday with a keynote scheduled for 10:00 a.m. 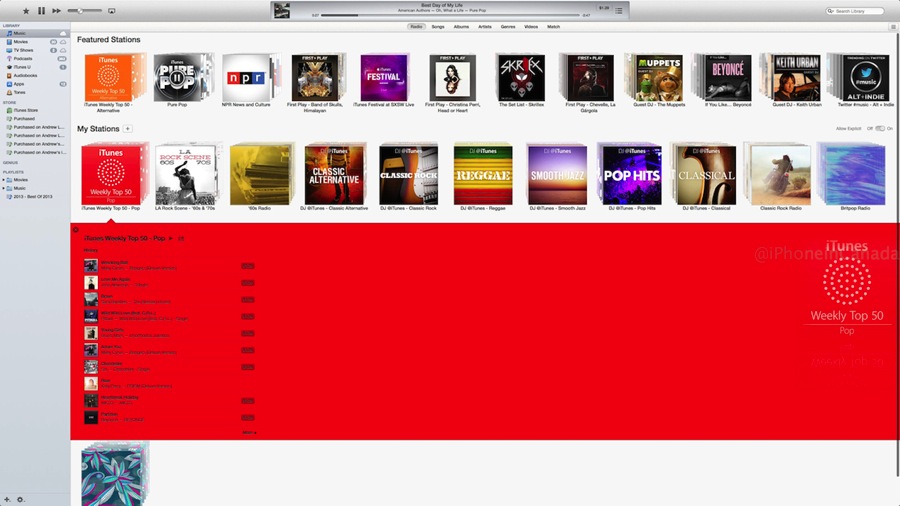 Apple is expected to offer unlimited on-demand streaming for $10 a month, as Spotify does, according to people familiar with the plan. Unlike Spotify, Apple won’t let listeners stream its entire music catalog on demand free of charge. But it plans to augment its free, ad-supported Internet radio service with channels programmed and hosted by human DJs.

There is a noticeable shift toward music streaming: music download sales dropped 8% to $3.6 billion last year, while streaming subscriptions are up 45% to $1.6 billion. Spotify has around 60 million monthly active users: only a quarter of those are paying for the service, while the remaining 45 million users have free accounts.

Apple’s interest in this market took visible shape with iTunes Radio, which unfortunately failed to take off (it’s limited to the US and Australia). Last year, however, the company spent $3 billion to acquire Beats.

Alongside the talent it got for this amount — Dr. Dre and Jimmy Iovine — Apple also got Beats Music, a streaming service that it wants to retain, at least for now, until it irons out every detail of the forthcoming music streaming service.

The company isn’t expected to immediately move current Beats Music subscribers onto the new service, instead keeping Beats up and running while it works out any kinks in the new service before eventually migrating Beats users onto it.

Apple has yet to sign contracts with all major labels: according to the WSJ’s sources, three of the biggest music labels are waiting for better offers to sign the papers, but industry experts expect the deals to close soon.

With the new marketing campaign due after the official announcement, Apple will try to convince iTunes users to pay more than $30 per year — on average — for music. $120 will suffice: that’s how much you will need to pay to get unlimited access to tens of millions of great songs.

In an interesting move, Apple plans to make the service available for Android users. To make it appealing, Apple plans to offer a “battery of channels” programmed much like traditional broadcast stations, featuring some high-profile personalities, these people said to the WSJ.

Unfortunately, there is no word about a Canadian launch, but we’ll find out in a week.