Earlier today, Apple officially announced their special event for September 12, 2018, where the company is expected to announce a trio of new iPhone models, plus updates for Apple Watch and iPad Pro.

While the norm has been for Apple to livestream their special events, the company has confirmed next month’s iPhone event will be viewable live online, as indicated on the company’s website. By visiting the Apple Events page, which will show a landing page for the upcoming event if you change the URL slug to ‘September-2018’: 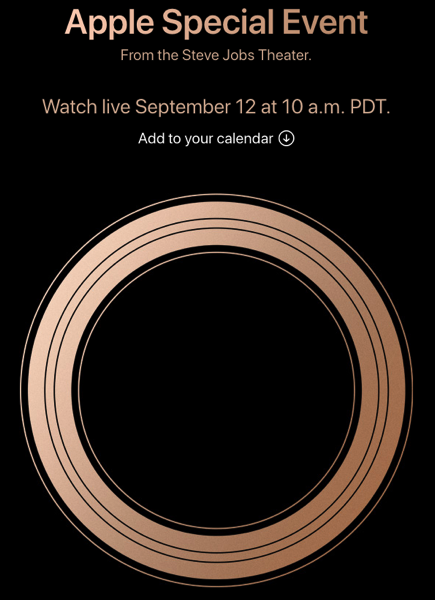 Here are the requirements to watch next month’s iPhone event livestream:

The event’s tagline this year is ‘Gather round’, and features a circle which looks like a bird’s eye view of Apple Park, or the Steve Jobs Theater. Some might envision the next Apple Watch face as well, but all I see is an Aerobie. What do you extract from the invite image?