Apple has just unleashed invites to the media to attend its next special event, set for September 12, 2018 at 10AM PDT.

The invite reads ‘Gather round’ and details “Please join us for an Apple special event at the Steve Jobs Theater in Cupertino.” 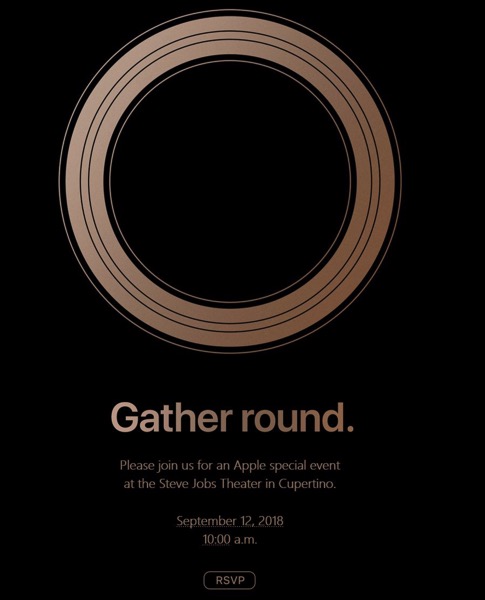 Earlier today, another report claimed Apple’s special event would happen on September 12, and now that date has materialized.

Apple is rumoured to unveil 6.5-inch and 5.8-inch OLED iPhone models, based on iPhone X design characteristics, alongside a ‘cheaper’ 6.1-inch LCD model. The company is reportedly set to unveil a new Apple Watch as well, along with updated iPad Pro models with Face ID.

Apple's long-awaited AR/VR headset may not start shipping until the second half of 2023 due to a delay caused by some "software-related issues," according to TF International Securities analyst Ming-Chi Kuo. Kuo previously had the headset pegged for a second-quarter release. He said in a tweet that his sources indicate components for the mixed-reality headset...
Nehal Malik
2 mins ago