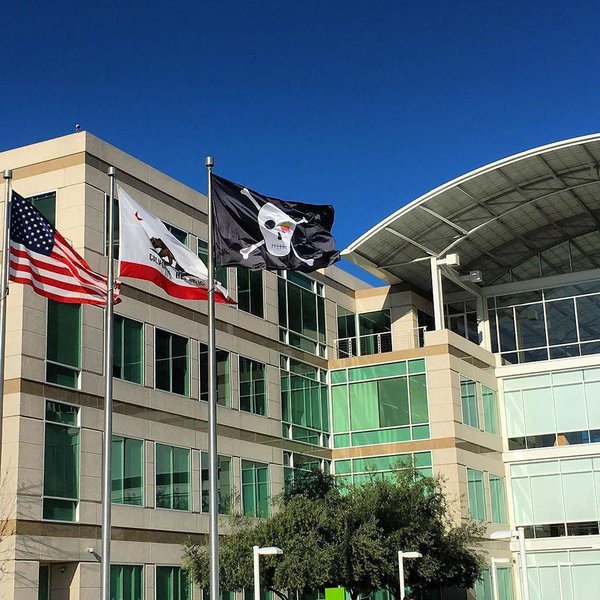 40 years ago on this day, Steve Jobs, Steve Wozniak, and Ronald Wayne founded Apple. To celebrate this special day, Apple today flew a pirate flag over its Cupertino headquarters (via 9to5Mac).

The flag resembles a typical pirate flag, except that it features a rainbow Apple logo on one eye. Why this flag on this day? Because the iconic flag dates back to the birth of the original Mac: The Mac team used this flag to differentiate themselves from the rest of the company, which was busy making Lisa.

The flag was sewn together by programmer Steve Capps, while the emblem was painted by graphic designer Susan Kare.
Apple began celebrating its 40th birthday at the media event hosted last month at its headquarters in Cupertino. During the iPhone SE/9.7-inch iPad Pro event, the company presented a short video, “40 Years in 40 seconds”, which you can watch below.