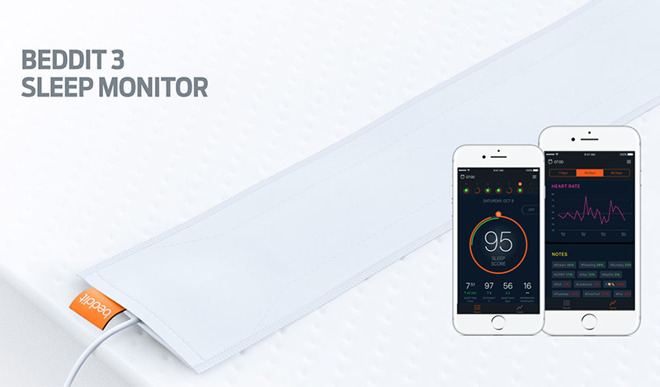 Beddit, known for its sleep tracking hardware and software, this week announced it has been acquired by Apple for an undisclosed sum.

The acquisition was quietly announced through an update to Beddit’s privacy policy on Monday. Users were alerted to the change on Tuesday when Beddit rolled out an update for its iOS app. Details of the acquisition are scarce, however, it appears that Beddit owners can continue to use their products for the foreseeable future.

Beddit markets a sleep monitor that slips beneath a user’s sheets to track movement, heart rate, and other biometric data during sleep sessions. Armed with force, capacitive touch, humidity and temperature sensors, the thin pad is capable of providing a complete overview of your sleep patterns. Owners who grant the accompanying iOS app access to iPhone’s microphone can also enable snoring detection.

Apple has not issued any official statements about the acquisition.

Cloudflare today announced Zero Trust SIM, a security eSIM designed to provide phone-level protection and data privacy to smartphone users, corporations looking to secure their employees' phones, and carriers selling data services. Zero Trust SIM secures all data packets sent by a smartphone and is locked to the device it is assigned to as a...
Nehal Malik
14 mins ago