Apple’s relationship with Facebook isn’t the best due to the fallout over both Ping and iOS integration. That might be changing though as the Facebook iPad app is rumoured to debut on Tuesday. Even with the ‘drama’, that hasn’t stopped Apple from advertising its retail positions using Facebook Ads.

As seen in the images below, Apple still finds Facebook as a reasonable avenue to search for potential candidates to work in their retail stores. It’s by no mean something to be in awe of, but it is ironic given their lack of cooperation with each other. The ad reads:

“Be a part of our team and change the way our customers work, play, create and communicate. Join Apple Retail.” 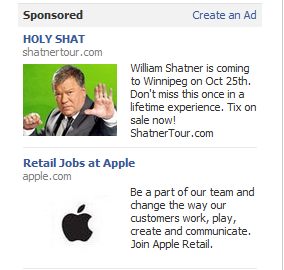 Upon clicking on the ad you’ll be taken to the following landing page: 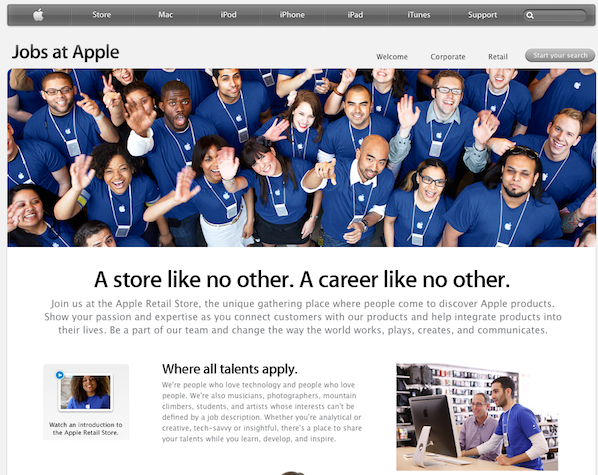 Let us know if you’ve seen these Apple ads popping up on Facebook.