As pointed out by the folks over at CultOfMac, Apple’s highly anticipated AirPower wireless charging mat made a brief appearance on Apple’s website in the Netherlands before being quickly taken down. UPDATE: This is not new and actually the same information posted back in December.

This multi-device wireless charger appeared on the Apple Store’s page for AirPods, according to the Dutch site iPhoned. The same image shows the AirPods wireless charging case that was just announced this morning. 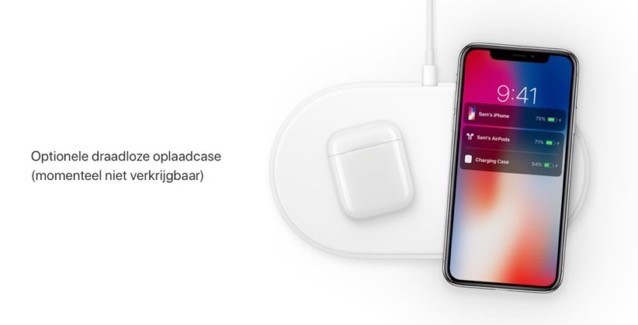 Since Apple has unveiled back to back new products this week, it is being anticipated that the long-delayed AirPower charging mat might finally see an official release before the weekend. AirPods 2 with Wireless Charging Case launched this morning.

Earlier this week, it was discovered in iOS 12.2 beta 6 more hints were coming of an AirPower release.

Are you looking forward to the AirPower’s much-awaited release? Maybe it’s coming tomorrow or Friday?