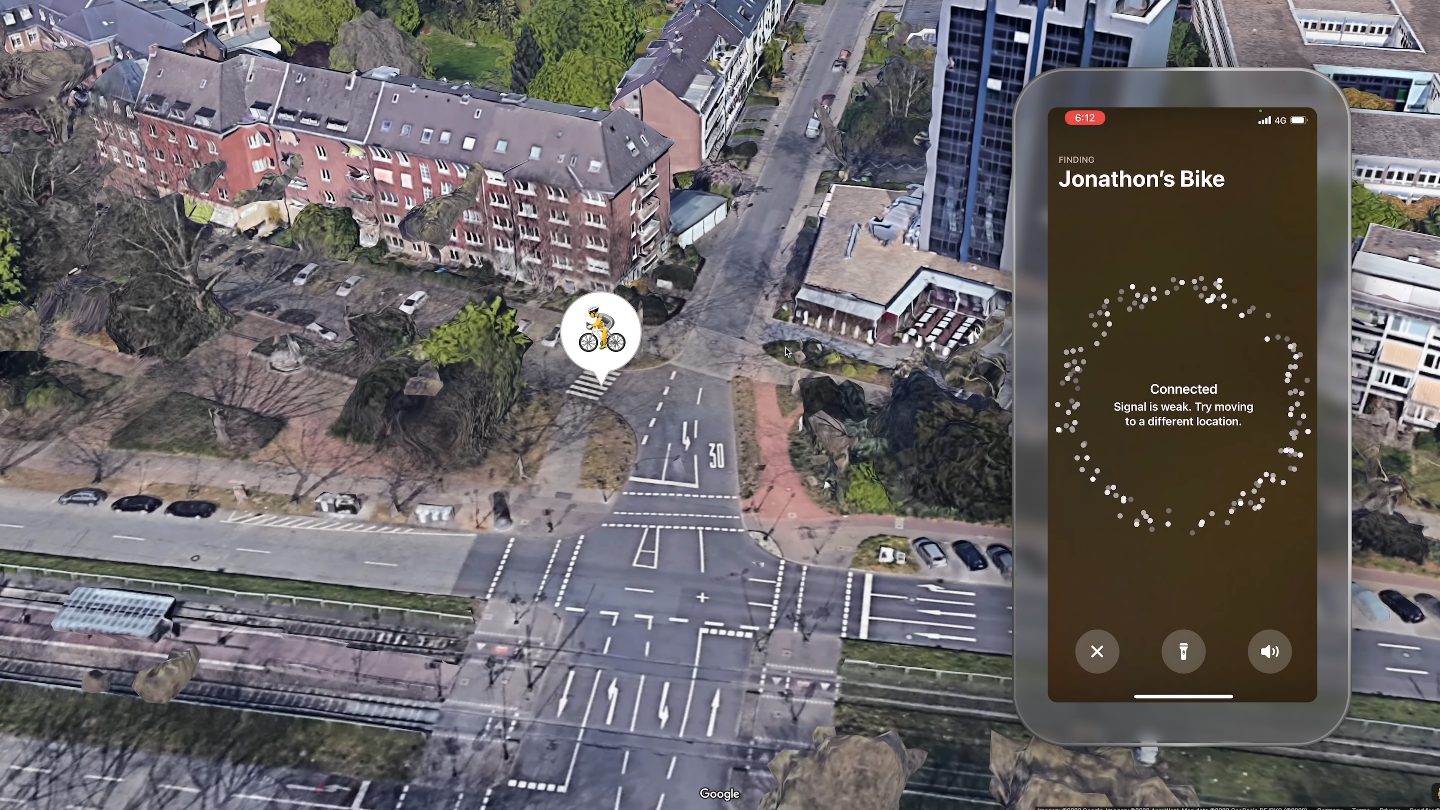 Tech YouTuber MegaLag has done some pretty crafty stuff involving Apple’s AirTags since they were launched in April of last year for $29 USD ($39 CAD in Canada).

Last year, the German YouTuber mailed AirTags to Apple CEO Tim Cook at Apple HQ, Tesla and SpaceX CEO Elon Musk at SpaceX HQ, and to North Korea, uncovering some shady business going on over at logistics giant DHL during the process.

That being the case, MegaLag has also demonstrated AirTags’ utility in experiments that involved using the coin-sized devices to track valuables left in public, and he was even able to recover a bike he had left unattended in public as a lure for would-be thieves, thanks to the AirTag he had attached to it.

In a recently published video, the YouTuber recounts his experience using a stowed-away AirTag to recover the same bike, which this time was legitimately stolen from outside a grocery store instead of it being a ploy to tempt a bike-jacking.

MegaLag was not only able to track his bike’s movements immediately after it was taken, but he was also able to pinpoint its location and find his way to it once he was in fairly close proximity.

The police were called, and the situation eventually turned into a bike chase down a German street that ended with a policeman knocking the crook off the stolen bike.

Under German law, stealing someone’s bike amounts to grand theft auto, provided the bike was taken from a secure location and/or was locked. Since neither of those conditions was fulfilled during this heist, MegaLag‘s offender faces a sentence of up to five years in prison in the worst case and a small fine, the proceeds from which go to charity, in the best case.

The AirTag certainly came in clutch for MegaLag, getting the YouTuber his bike back less than an hour after it was taken.

Apple has removed the vocals from its "Big and Bigger" advertisement for the iPhone 14 and iPhone 14 Plus (via Reddit). While Apple hasn't said what caused the move, it was likely a result of people mishearing lyrics in Idris Elba's Biggest, the song the spot is set to. In the post-chorus of the song...
Nehal Malik
51 mins ago